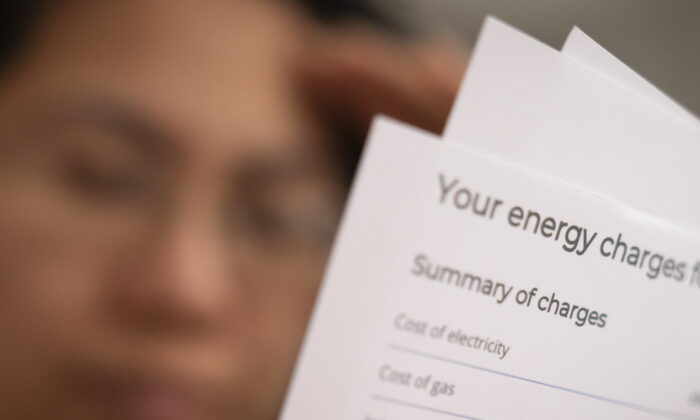 This Is One Nasty Inflation Report

When inflation numbers are released by the Department of Labor, I like to look first at the data before glancing at the media spin. Today, the message from the press was that inflation has “eased” to 8.3 percent.

How do they come up with these verbs? It’s like Orwell or something. This report is nothing short of awful. It could portend a winter of disaster, given what’s currently happening in Europe and the UK.

Let’s break it down.

The good news is that gasoline is down 10.6 percent from the previous month and far lower than the highs of June. But such month-to-month swings mask the overall problem. From 12 months ago, gas is still up 25.6 percent, which is alarming by any standard. It’s much worse with fuel oil. Despite falling 5.9 percent last month, it’s still up 68.8 percent from 12 months ago.

Think about that number. That’s hyperinflation levels. So not even the good news is really good. It’s just a glitch.

Going into this, I had expected that the consumer price index (CPI) would be in negative territory for August. Last month, the flat month-over-month number caused Biden to claim absurdly that inflation was gone! I had figured that the latest report would only continue the clown show.

Sadly for the Biden administration, that isn’t possible. They might still claim an easing but it isn’t there in the data.

What drove this month’s numbers up were the prices of food, both at home and out, plus electricity and utility bills. You have surely noticed this. I’ve been watching the real-time data and seen this changing dramatically over six weeks.

Electricity was up 1.5 percent in August and utilities in general up 3.5 percent. Over 12 months, that’s 15.8 percent and 33 percent, respectively. That’s some very serious inflation, and notice the migration of the virus across the energy sector. It comes to gas and then leaves to infect electricity and utility bills.

You might be sad that you bought that electric vehicle, especially if you live in California, which is already rationing electricity for drivers. Just wait for it: the Bidenites will soon be inveighing against electricity, too, on grounds that the main source isn’t clean but dirty: coal. They want us all living like pure spirits in some Rousseanian fantasy, basking in sun and wind.

Somewhere, I had read that new and used cars had fallen in price over the last month. But only yesterday I did some quick shopping and wow, did I experience sticker shock. It’s like a different world out there from just three years ago. Sure enough, the CPI confirms it. New cars are up 0.8 percent in August and 10.1 percent for the year. Used cars fell only slightly in August by 0.1 percent but year-over-year are up 7.8 percent.

So the gift in this report is gasoline, but it essentially means nothing except to drag down the numbers overall. Stripping out gas, we are certainly in the double-digits, with food and electricity hit extremely hard. The waves of paper money printed to cover lockdowns are eating alive the value of the dollar and American living standards along with it.

Truly, this is a grim report overall, and a very far cry from the cray cray claims of the Biden administration last month that inflation had fallen to zero! That nutty claim now comes back to bite very hard. Amazing isn’t it? We went from zero to 8.3 percent in a mere 30 days! So much for the credibility of these geniuses. Politically, this is extremely bad for the Democrats and the Biden administration.

It would be one thing if the White House spokesperson and the president had merely given a recitation of the facts, with some caution and expression of concern. Nope. Instead, they basically claimed victory. That’s completely idiotic. Do these people not think about the future at all, not even 30 days from now?

Sure enough, they are in a serious pickle today, with an inflation report that defies every prediction and raises a serious fire alarm. It isn’t good. It’s grim and portends real disaster on the way to midterm elections.

As for the Federal Reserve, these people will continue to huff and puff about how they are going to get tough against inflation, but what tools do they have? They can’t undo the damage of the loose policies of the last 24 months. All they can do is raise rates further, which puts the entire housing market and investment sector in grave jeopardy, threatening labor markets and more, while pushing costs higher for the millions of Americans now living off credit cards.

Goldman Sachs yesterday announced that it would kick into gear a new round of layoffs. Based on what they are seeing, they fully expect a painful recession that hurts not only financials but the entire business sector. That’s significant because it reveals how the pain is spreading from Big Tech to all sectors of economic life.

Further, a number-crunching friend writes: ”Without jumping through the hoops of doing the two-year stack again, it is interesting this time it ended up at a whopping 13.6%. When the CPI printed at the same 8.3% in April, the two-year stack was only 12.5%.”

Tomorrow, the Producer Price Index comes out. It should be interesting. It might be better or it might be worse but let us learn the lesson from last month. Thirty days of “easing” means next to nothing, which is why these figures are calculated over 12 months.

With politics so intense these days, we cannot get even close to an objective accounting of even basic facts. Last month we heard that inflation was gone and now we see that it is nearly as bad as ever, even by the official data, once you look at a range of prices. Your $1 of 2020 is now worth $0.87.

In a matter of months, given present trends, we could find ourselves in a UK-like situation with cries for price caps and rationing. Don’t think for an instant that they won’t do it. They will.