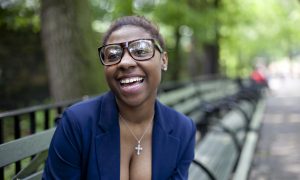 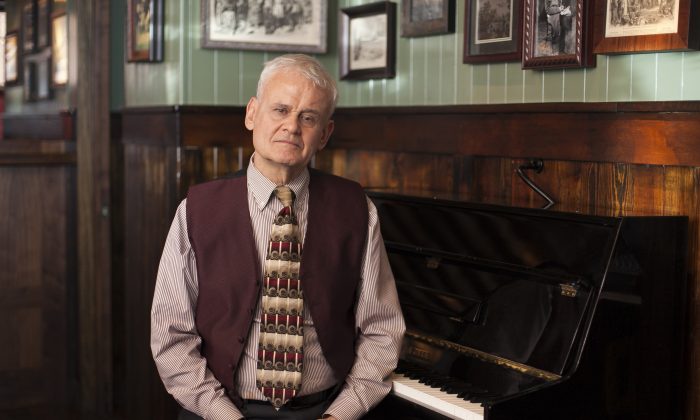 NEW YORK—Legendary jazz and ragtime musician Eubie Blake gave a perfect performance at the jazz festival in Nice, Italy, in 1972 despite the pain he endured on stage. The 89-year-old Blake collapsed the moment the curtains closed; he had a temperature of 104 degrees. An emergency squad was called, as panicking friends asked him why he didn’t tell anyone he was sick.

He said he didn’t want to let down the protégés who were performing with him.

“He said ‘I’ve already had my career. They hadn’t had the chance yet,’” recalled Terry Waldo. Waldo, now 68, was one of those onstage in Nice.

Because Blake endured the concert in Nice, Waldo was spotted by Tom O’Horgan, the original director of Broadway musical “Hair.” After the concert, O’Horgan asked Waldo to compose a musical for him, setting off his career in writing music.

Waldo later wrote songs for Leon Redbone, PBS. He performed on “The Tonight Show” and “Saturday Night Live.” He was the music director for a number of theatrical shows in New York City, including “Mr. Jelly Lord,” “Heliotrope Bouquet,” and “Ambassador Satch.”

Today, he is the world’s historical and musical authority on ragtime, an often forgotten genre of music with syncopated rhythm that reached its peak before jazz.

Blake was the legend who put together “Shuffle Along,” the first all black Broadway show.

“It really begins with ‘Shuffle Along,’” Waldo said, explaining that the show subsequently set off the Harlem Renaissance and the beginning of the jazz age. “That’s what got America interested in jazz music.”

Waldo was a big fan of Blake’s hit “Charleston Rag,” which wasn’t published at the time. Waldo wrote to Blake requesting a manuscript.

Blake complied, mailing Waldo a stack of manuscripts, which included a simplified version of “Charleston Rag.”

Waldo read the manuscript and listened to a recording of the full version of the song, observing the additional notes.

Waldo met Blake again at the St. Louis Ragtime Festival in 1969. Blake was 86 years old at the time, and Waldo surprised him by performing a full version of “Charleston Rag.”

Waldo recalled him saying, “He played my Charleston Rag, if he had been a woman I would’ve married him.”

It was the beginning of a close friendship. Waldo studied piano with Blake from 1971 to 1983.

“I used to go to New York and stay with Eubie for periods of time, when I played at New York clubs and did shows,” Waldo recalled. He was living in Ohio at the time.

Blake called Waldo “an extension of his own musical self.” They toured together and made records. Waldo transcribed Blake’s music for publication.

“I put together a whole folio of his rags. It’s still in print today,” he said. “The ‘Charleston Rag’ being one of them since it had not been written down for publication.”

Like all black performers of that era, even when Blake became famous, there were times when he was run out of town with racial slurs.

“But Eubie was not prejudiced against whites, and neither was his father, even though he had been whipped as a slave,” Waldo said.

“Eubie got beat up by a bunch of white kids when he was young. He came home crying and told his father he hates all white people,” Waldo said. But his father taught him not to discriminate against an entire race.

“He told him that there were white people who taught him how to read on the plantation, even though it was against the law,” Waldo said.

A Childhood Next to a Jazz Collector

His love for music was influenced by a neighbor.

Waldo grew up in Columbus, Ohio. By happenstance he lived next to John Baker, who was later recognized as the world’s second largest jazz collector.

He spent his childhood listening to old records, watching jazz films, and looking at piano rolls.

“But for whatever reason, the records that caught my attention as a kid were ragtime,” Waldo said.

“When Eubie died [in 1983], it was a shock to me because suddenly I realized I no longer had any contact with that world,” Waldo said. “Now I’m the last contact for all of those old performers. And that’s part of the reason why I want to keep playing.”

Waldo works seven days a week, going to bed as late as 4 a.m. on some nights when he performs at the Rum House.

On Friday nights, he performs at The Dead Rabbit, a restaurant on the Fraunces Tavern Block Historic District with a 1930s period atmosphere.

He has a band that plays on Sundays at the Fat Cat. He plays at the Rum House on Monday nights. He continues to teach various jazz courses at the Lincoln Center.

He has no children, no wife. His work to promote ragtime is his progeny.

“I dislike a lot of contemporary music,” Waldo said. “People can say, ah he’s just an old fart, but it’s more than that.”

“There’s a lot of contemporary music that’s putting out hate,” he said. “I think artists and performers have a responsibility for what we put into the music. It can mess people up. Hopefully I put some kind of warmth and healing.”