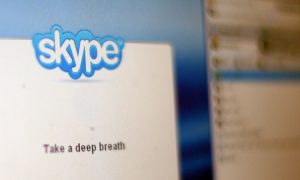 This Is How Skype Will Look on Windows 10

On Thursday, the Skype team revealed what its chat service will look like on Windows 10
By Jacob Siegal
biggersmaller
Print

This week has been packed with Windows 10 news already, but Microsoft isn’t done showing off its new operating system quite yet.

On Thursday, the Skype team revealed what its chat service will look like on Windows 10 and discussed how the program will be improving as it makes its way to the next generation of Windows devices.

The biggest Skype news from Microsoft’s event on Wednesday was that Skype will be built into the Windows 10 communications suite on PCs, tablets and phones. In other words, you won’t have to download an app — Skype will be waiting for you in Windows 10.

Skype has also received a fairly significant visual overhaul, much sleeker and more modern than the previous design. As The Verge points out, it shares a lot in common with iMessage, including the two panel interface and the circular contacts.

There are even fewer steps to send a message using Skype on Windows 10. You’ll actually be able to compose a message in the taskbar and send it straight from there.

We figured that Skype might have a tough time competing with Kim Dotcom’s MegaChat, but it looks like the team is up to the challenge. The more competition in the world of chat applications, the better.