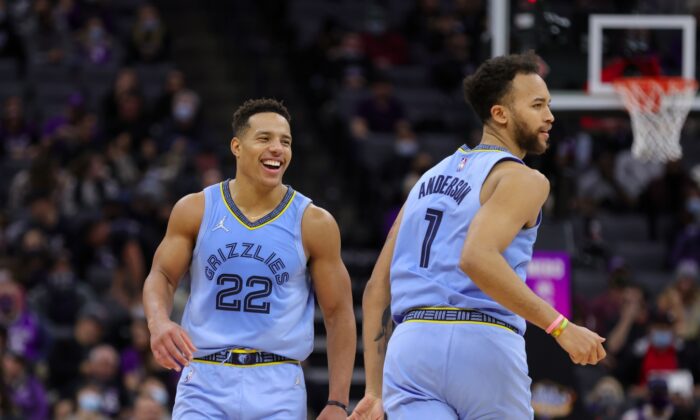 Desmond Bane hit two of his four 3-pointers in a third-quarter explosion Sunday afternoon that allowed the visiting Memphis Grizzlies to snap a three-game losing streak with a 127–102 shellacking of the Sacramento Kings.

Davis had 15 points in 16 minutes, Fox 12 in 30, and Bagley three in 10 for the Kings, whose 25-point margin of defeat equaled their largest at home this season. The Kings’ only bigger losing margin this season came in a November visit to Memphis, 128–101.

Sacramento rode the early momentum created by a healthier roster to as much as a seven-point lead in the first half and a 50–49 advantage at the break. Then Bane connected on a 3-pointer 45 seconds into the third period, and Memphis never trailed again.

Morant was the game leader in assists with nine and also found time for seven rebounds as Memphis dominated Sacramento on the boards, 53–38. Konchar collected a game-high 14 rebounds, including five on the offensive boards, where the Grizzlies grabbed back 19 of their misses.

Adams had six offensive rebounds and nine total, while also chipping in with six assists and two steals.

Tyrese Haliburton had a team-high 18 points to complement seven assists and three steals. Damian Jones added 15 points for the Kings, who scored only 12 points in the first 9.5 minutes of the fourth quarter as any chance to snap their two-game losing streak gradually slipped away.

Harrison Barnes was a fifth King in double figures with 12 points to go with a team-high seven rebounds.

Fox had missed the last four games, while Bagley and Davis were each returning from a five-game absence.