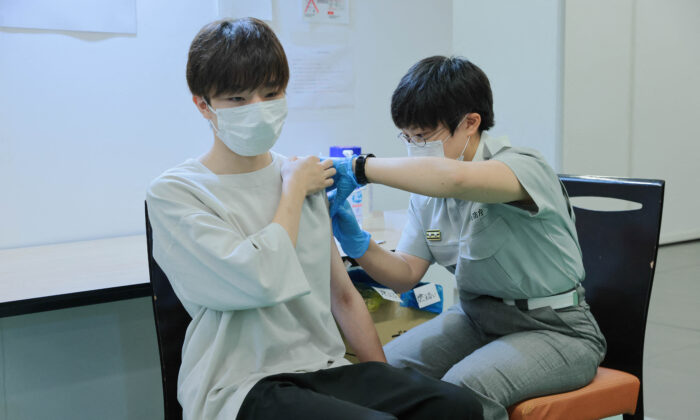 A third person has died in Japan after receiving a shot from the since suspended batches of Moderna vaccines, the country’s health ministry said on Monday.

It marks the third such case following the discovery of contaminants in several batches of Moderna COVID-19 vaccines in the country. The 49-year-old received his second dose on Aug. 11 and died the next day, the health ministry said, noting that his only known health issue was a buckwheat allergy.

All three men had fevers after being administered the second dose of the vaccine and died shortly after. The Moderna vaccine, like the Pfizer shot, uses mRNA technology.

Takeda Pharmaceutical, Japan’s biggest drugmaker, is distributing the Moderna vaccines in the country. The company said in a statement on Tuesday that the causes of death are being investigated, and that there is no evidence they are linked to the vaccine, Reuters reported.

The shot administered to the 49-year-old came from the same batches that authorities discovered contained fragments of stainless steel, leading to a recall of 1.63 million doses of the Moderna vaccine on Aug. 26.

“The rare presence of stainless steel particles in the Moderna COVID-19 vaccine does not pose an undue risk to patient safety and it does not adversely affect the benefit/risk profile of the product,” Takeda Pharmaceutical said in a joint statement with Moderna last week.

After carrying out a probe, the companies said the contamination was traced back to the production run by Spanish contractor ROVI Pharma Industrial Services.

“Stainless steel is routinely used in heart valves, joint replacements, and metal sutures and staples. As such, it is not expected that injection of the particles identified in these lots in Japan would result in increased medical risk,” the companies added.

According to Taro Kono, the minister leading the country’s COVID-19 vaccine program, more than half a million people have been injected with vaccines from the contaminated batches.

As of Sept. 7, roughly 58 percent of the population has received at least one dose of a COVID-19 vaccine. There have been approximately 16,400 COVID-19 related deaths in the country since the pandemic began.

Japanese health regulators are investigating the deaths of all three men.