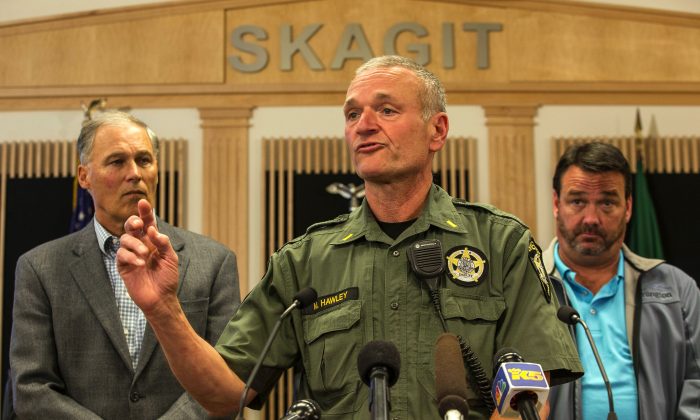 Things to Know About Deadly Shootings at Mall in Washington

BURLINGTON, Wash.—Authorities arrested a suspect Saturday evening in in the slayings of five people in the makeup department of a Macy’s store at a mall north of Seattle. Here are things to know about the shooting and the investigation:

Authorities say the gunman initially entered the Cascade Mall in Burlington, Washington, without a weapon shortly before 7 p.m. Friday. About 10 minutes later, he appeared on surveillance video with a rifle and started shooting in the makeup department of the Macy’s store. Four females and a male were killed.

His motive was unknown.

What About the Suspect?

Authorities say 20-year-old Arcan Cetin immigrated to the U.S. from Turkey. He is a legal permanent resident who has been living in Oak Harbor, Washington, where he was arrested.

He had been arrested once before in the county for simple assault, authorities said.

Cetin was unarmed and was carrying a satchel with a computer in it when was taken into custody.

He is scheduled to appear in court Monday.

How Is the Community Reacting?

Residents of Burlington—an agricultural community of about 8,000 people about 60 miles north of Seattle—were anxious and afraid.

Maria Elena Vasquez attended a community gathering Saturday, and she said she was nervous about taking her 7-year-old daughter to her soccer game.

What About the Victims?

The identities of the victims—four women who ranged in age from a teenager to a senior citizen—were withheld on Saturday pending autopsies and notification of family. The identity of the man who was fatally shot was also withheld. The Seattle Times identified one of the victims as a 16-year-old girl.

Sarai Lara’s mother said she had survived cancer as a young girl and was a happy student.

Evangelina Lara told the newspaper through a translator that she was shopping Friday night at the Cascade Mall in Burlington, Washington, with Sarai and her younger sister.