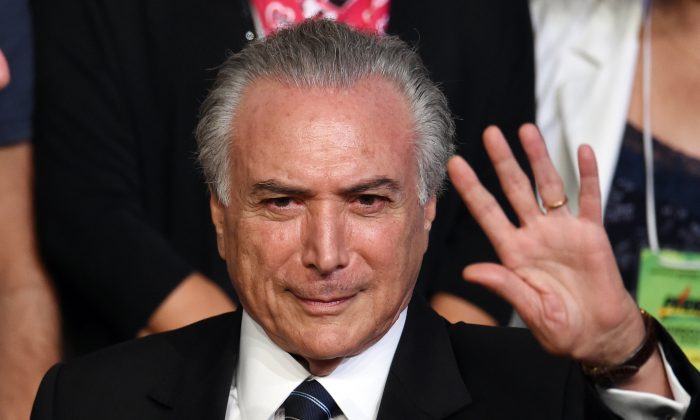 The Brazilian senate voted 55–22 to impeach President Dilma Rousseff on May 12, and now her ally-turned-enemy, Vice President Michel Temer, will take her place.

Rousseff has been suspended while the Senate holds a trial to decide whether she should be permanently removed from office—which means Temer will serve as president for up to 180 days. If Rousseff is found guilty, the vice president will finish her presidential term.

Here are a few things you should know about Temer.

He Is Accused of Corruption

The vice president was accused of instituting a lobbyist to bribe others between 1997 to 2001 in ethanol deals through state-run oil company Petrobas. Temer has denied the allegations.

He also allegedly set up a meeting with the Petrobras director, who was involved in a series of corruption cases connected to Temer’s Brazilian Democratic Movement Party. However, Temer denies knowing the individual.

The vice president is also under investigation for accepting more than $1.5 million in funds from construction company Camargo Correa that works with Petrobras, which Temer claims were legal campaign donations. But authorities say otherwise. Officials found spreadsheets from the construction company that listed Temer’s name 21 times next to numbers that added up to $345,000 in alleged bribes. The case was dismissed in court.

Temer has also been accused of electoral fraud, and it’s one of the reasons why Brazilians aren’t fond of him.

Rousseff is suspended for up to 180 days. VP Michel Temer takes over president, despite having just been convicted of electoral fraud…

He Is of Lebanese Descent

Temer’s family immigrated from Lebanon to São Paulo in the 1920s. After Rousseff’s impeachment people went on social media to say Brazil now has a Lebanese president.

Michel Temer is now the President of Brazil.

So, Brazil has a Lebanese president, but Lebanon still doesn’t… pic.twitter.com/tdUZ3Gln0D

He Married a Former Beauty Queen

Temer’s wife is former beauty queen, Marcela Temer, 32. She is 43 years younger than Temer and has a tattoo of his name on the back of her neck. The former beauty queen lives in Sao Paolo with her son, but according to local media, they went directly to Jaburu Palace after the senate impeached Rousseff.