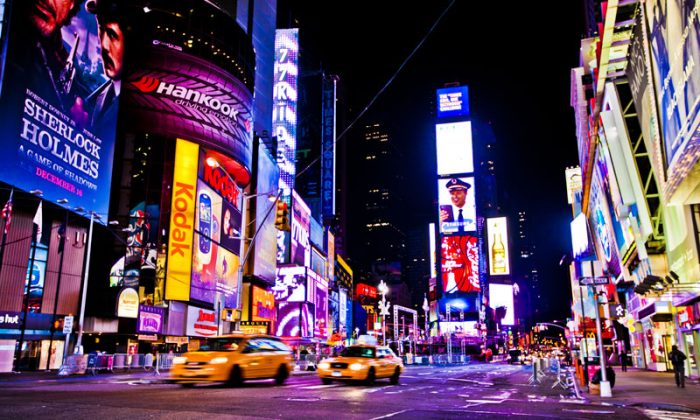 Before you go out, check here for some good suggestions on community events, visual arts, performing arts and music in New York City.

Tenth Anniversary: Master Drawings in New York
Jan. 23–30
Various locations
Visitors will enjoy 29 separate world class exhibitions of drawings, pastel and oil sketches, and pen and ink artworks by masters of the 16th to 20th centuries, many newly discovered or on view for the first time. MasterdrawingsInNewyork.com/map

Grand Illusions: Staged Photography From the Met Collection
Through Jan. 18
Metropolitan Museum of Art
Photographers, like ventriloquists, can cast “voices” in a seemingly infinite number of genres and period styles. This does not negate the camera’s direct relationship to the world—tying image to subject as naturally as a footprint—but instead reveals that photographs are always admixtures of fiction and reality tilted toward one end of the scale or the other. $12–$25 suggested. METMuseum.org

Greater New York
Through March 7
MoMA PS1, 22-25 Jackson Ave., Long Island City, Queens
MoMA PS1 presents the fourth iteration of its landmark exhibition series, begun as a collaboration with The Museum of Modern Art in 2000. Recurring every five years, the exhibition has traditionally showcased the work of emerging artists living and working in the New York metropolitan area. Suggested $10. MoMAPS1.org

Shen Yun Performing Arts
Jan. 14–17
The David H. Koch Theater at Lincoln Center
For 5,000 years divine culture flourished in the land of China. Humanity’s treasure was nearly lost, but through breathtaking music and dance, Shen Yun is bringing back this glorious culture.
$80–$300. Shenyunperformingarts.org

Daniel Wohl: Holographic World Premiere
Jan. 21 & 22 at 8 p.m.
Baryshnikov Arts Center, 450 W. 37th St.
At BAC, Holographic will be performed by Mantra Percussion and the Holographic String Quartet with Daniel Wohl on electronics. Art. The album will be released on New Amsterdam Records on Jan. 29. $25. BACnyc.org

King Charles III
Through Jan. 31
Music Box Theatre, 239 W. 45th St.
The Queen is dead. After a lifetime of waiting, Prince Charles ascends the throne with Camilla by his side. As William, Kate, and Harry look on, Charles prepares for the future of power that lies before him … but how to rule? $37–$159. KingCharlesIIIBroadway.com

Misery
Through Feb. 14
Broadhurst Theatre, 235 W. 44th St.
The Broadway thriller “Misery,” a stage adaptation of Stephen King’s novel of the same name, taps into that strength as well as the fear of being alone, helpless, and dependent on the kindness of a stranger. $69–$169. MiseryBroadway.com

Les Pêcheurs de Perles
Through Feb. 4
Metropolitan Opera
Bizet’s gorgeous opera of lust and longing set in the Far East returns to the Met stage for the first time in 100 years. Soprano Diana Damrau stars as Leïla, the beautiful Hindu priestess pursued by rival pearl divers competing for her hand. From $27. MetOpera.org

Calidore String Quartet
Jan. 12 at 2 p.m.
Merkin Concert Hall, 129 W. 67th St.
The acclaimed Calidore String Quartet takes on the dramatic history of chamber music with a program that opens with Haydn, who established the string quartet as a genre, explores Webern’s early 20th century shift from tonal to atonal music, and concludes with one of Beethoven’s revolutionary late quartets. $19. KaufmanMusicCenter.org

Europa Galante
Jan. 16 at 7:30 p.m.
Zankel Hall at Carnegie Hall
Europa Galante and violinist Fabio Biondi tell a fascinating story in this concert that features music by Vivaldi and lesser-known masters who all taught at Venice’s famous orphanage for girls, the Ospedale della Pietà. $59–$70. CarnegieHall.org

*Image of “Times Square” via Shutterstock