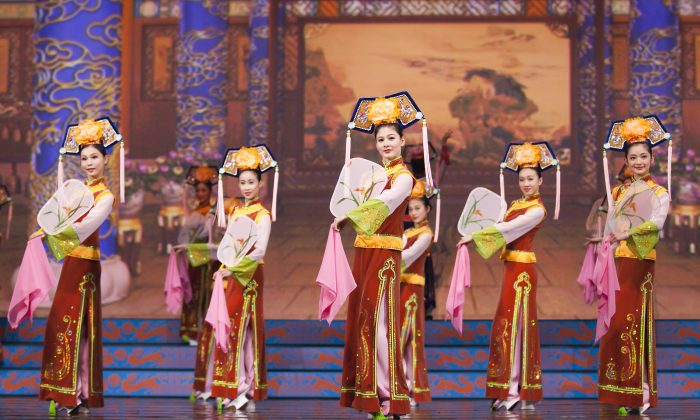 Things to Do Around NYC: December 30–January 5

Pirandello 150
Jan. 13–19
209 W. Houston St.
A one-week film festival celebrating the 150th anniversary of the birth of the great Sicilian playwright Luigi Pirandello. The Nobel laureate has become an adjective for theater around the world via deeply probed themes of illusion and identity, with actors everywhere breaking the fourth wall, and commenting freely on the works they’re simultaneously performing. But further, in his stories and novels, he evoked the sights, the sounds, the smells, the tastes of his native Sicily. $14. FilmForum.org

By the People: Designing a Better America
Through Feb. 26
2 E. 91st St.
An exhibition of 60 collaborative designs from throughout the United States and across borders, By the People challenges the country’s persistent social and economic inequality. CooperHewitt.org

Painting the Natural World
Tuesdays through Jan. 28 at 7 p.m.
American Museum of Natural History
In an after-hours painting workshop, artists Greg Follender, and Eric Hamilton provide hands-on instruction in acrylic paint. Get a glimpse into the history and craftsmanship behind world-class dioramas and take home a painting of your own. $255; $240 members. AMNH.org

Pushing the Envelope: A Decade of Documentary at the Cinema Eye Honors
Through Jan. 8
Museum of Moving Image, 36-01 35th Ave., Queens
Highlights from the Cinema Eye Honors’ first decade with a series featuring more than twenty films that have won or been nominated, along with a few key films released in the year before that inaugural Cinema Eye Honors award ceremony. MovingImage.us

Velázquez Portraits: Truth in Painting
Through March 12
The Met Fifth Avenue
Velázquez’s portraits of a young girl (circa 1640) and of Cardinal Camillo Astalli-Pamphili (circa 1650), both from the collection of The Hispanic Society of America in New York City, were recently examined and treated at The Metropolitan Museum of Art. The removal of extremely discolored varnish layers that had masked these paintings revealed Velázquez’s remarkable technique and subtle sense of color in ways that had not been seen in more than a century. $12–$25 suggested. METMuseum.org

Fragonard: Drawing Triumphant
Through Jan. 8
The Met Fifth Avenue
Jean Honoré Fragonard (1732–1806)—one of the most forward-looking and inventive artists of the 18th century—was equally skilled in painting, drawing, and etching. Unlike many old masters for whom drawing was a preparatory tool, Fragonard explored the potential of chalk, ink, and wash to create sheets that were works of art in their own right. $12–$25 suggested. METMuseum.org

Jerusalem 1000–1400: Every People Under Heaven
Through Jan. 8
The Met Fifth Avenue in Gallery 899
This exhibition will illuminate the key role that the Holy City played in shaping the art of the period from 1000 to 1400. While Jerusalem is often described as a city of three faiths, that formulation underestimates its fascinating complexity. In fact, the city was home to multiple cultures, faiths, and languages. History records harmonious and dissonant voices of people from many lands, passing in the narrow streets of a city not much larger than midtown Manhattan. $12–$25 suggested. METMuseum.org

Valentin de Boulogne: Beyond Caravaggio
Through Jan. 16
The Met Fifth Avenue in Gallery 999
This will be the first monographic exhibition devoted to Valentin, who is little known because his career was short-lived—he died at age 41—and his works are so rare. Around 60 paintings by Valentin survive, and this exhibition will bring together 45 of them, with works coming from Rome, Vienna, Munich, Madrid, London, and Paris. $12–$25 suggested. METMuseum.org

Cagnacci’s Repentant Magdalene: An Italian Baroque Masterpiece From the Norton Simon Museum
Through Jan. 22
The Frick Collection
Guido Cagnacci was one of the most eccentric painters of seventeenth-century Italy, infamous for the unconventionality of both his art and his lifestyle. Frick.org

Shen Yun Performing Arts
Jan. 11–15
David H. Koch Theater at Lincoln Center
Fascinating stories from 5,000 years of Chinese culture are told through the vivid athleticism and deep expressiveness of classical Chinese dance, one of the most demanding art forms in the world. $80–$300. ShenYun.com

Nabucco
Through Jan. 7
Metropolitan Opera
The legendary Plácido Domingo brings another new baritone role to the Met under the baton of his longtime collaborator James Levine. Liudmyla Monastyrska is Abigaille, the warrior woman determined to rule empires, and Jamie Barton is the heroic Fenena. Dmitri Belosselskiy is the stentorian voice of the oppressed Hebrew people. From $27. MetOpera.org

Copland and Marsalis
Dec. 28–30 & Jan. 3
David Geffen Hall at Lincoln Center
The Jazz at Lincoln Center Orchestra with Wynton Marsalis join the Philharmonic in the World Premiere of the jazz legend’s latest creation, one of The New York Commissions for the Orchestra’s 175th anniversary. With style, class, and talent to spare, Marsalis is one of the world’s finest musicians and composers. Plus William Bolcom’s Trombone Concerto, featuring Principal Trombone Joseph Alessi. $34–$124. NYPhil.org

Valley of Tears: Bass Cantatas and Instrumental Sonatas by Johann Rosenmüller
Jan. 15 at 4 p.m.
Corpus Christi Church, 529 W. 121st St.
Singer Jesse Blumberg and ACRONYM’s twelve instrumental soloists intersperse Johann Rosenmüller’s chamber sonatas, published in Venice in 1670, with unpublished bass cantatas—one of which contains the words, “lachrimarum valle.” Mid-career, Rosenmüller was forced to flee from Leipzig to Venice where he lived for many years, lavishing his musical gifts upon that city. $25–$40. MB1800.org