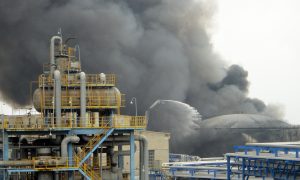 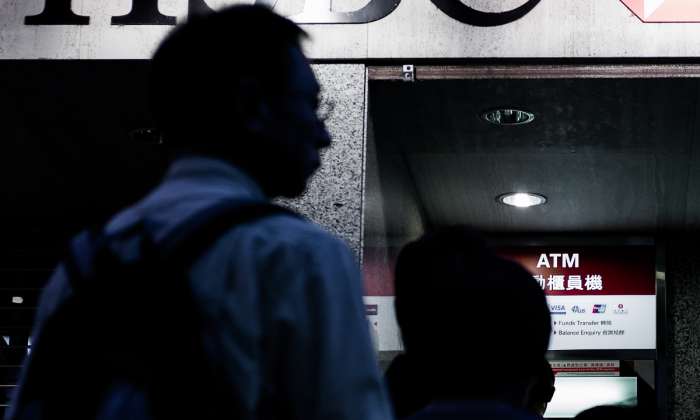 People line up at an ATM machine of an HSBC branch in Hong Kong on July 30, 2012. (Philippe Lopez/AFP/GettyImage)
Social Issues

Thief Steals Money From Woman, Returns it When He Sees Her ATM Account is Empty

A man who approached a woman at an ATM to steal her money ended up returning her cash after he realized her bank account was empty. The man walked away, with a smile on his face, according to various Chinese media.

On the evening of Feb. 16, a woman, only identified by her last name Li, was depositing cash into an ATM machine in Guangzhou Province, China. Footage was captured on closed-circuit camera from the bank.

“When I saw him walking over, I knew, I subconsciously knew, he’s going to rob me,” Li said to the Guangdong News. “When I saw him, I felt really scared.”

The man’s identity was not given in the report.

Li immediately panicked and held the money out. She handed it over to him without hesitation. “Then I screamed,” Li said. “At the time I felt, ‘as long as you don’t hurt me, I’ll give my money to you’.”

The robber pocketed the money, but wasn’t done.

According to the report, he demanded that Li give him the rest of the money from her account. As he stood behind her, he shoved her while making his demands, and pointed at her phone, likely telling her to not call anyone.

After she entered her pin, he was given a surprise.

The man then laughed, and took the money out of his pocket. He handed it back to Li, then turned and walked away, with a smile on his face. Li’s hands trembled as she held her cash while she watched him leave.

After the man left, Li called the police and reported the man.

The police said on the news reports that after the man was arrested, he expressed his reasons for robbing Li. He was out stealing money for a child at his home who is still in school. The money would also be used to pay for a family member’s medical surgery.

The man said that when he realized she had too little money, he gave the money back in an attempt to encourage her to not call the police.

According to Sina News, some Chinese netizens commented on the incident on Weibo, the Chinese version of Twitter.

One user wrote: “A kind heart still isn’t dark, he still has a chance at salvation. But just return the money, what are you smiling about?”

Another wrote: “The robbed is being laughed at by the robber, how sad.”