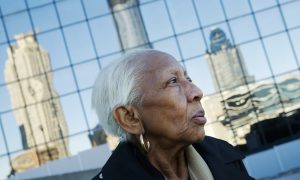 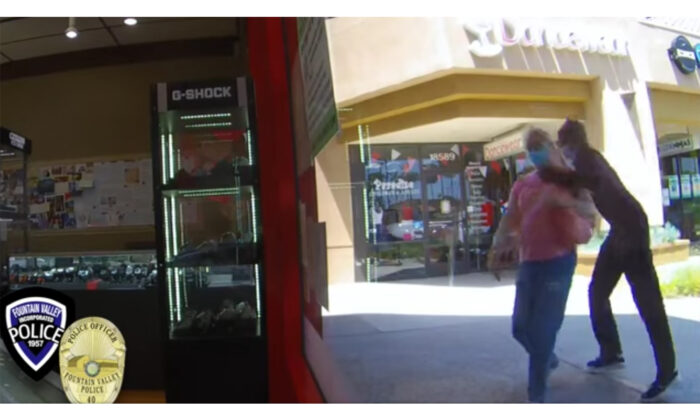 Fountain Valley police released a video documenting the theft of a necklace from an elderly woman. (Courtesy of the Fountain Valley Police Department)
Southern California

A 56-year-old man is facing charges for allegedly tearing the necklaces off three elderly women and making off with the jewelry.

The bandit struck again the morning of May 28 at 405 Brookhurst Street in Fountain Valley, police said.

Surveillance videos from surrounding businesses captured multiple images of the man, as well as his vehicle and license plate, police said.

“We have some proactive police officers and patrols do some initial follow-up investigation regarding crimes,” Farmer said. “It started with identifying times and locations with the suspect’s known whereabouts and then following up with vehicles leaving from the vicinity at those timeframes.”

Once the chief suspect was identified, police ordered a search warrant of his residence. At the scene of the arrest on June 4, the man allegedly fled and began running away, hopping multiple backyard fences.

Larry Tripp is being charged with three counts of robbery and elder abuse and was expected to appear in court on June 7.