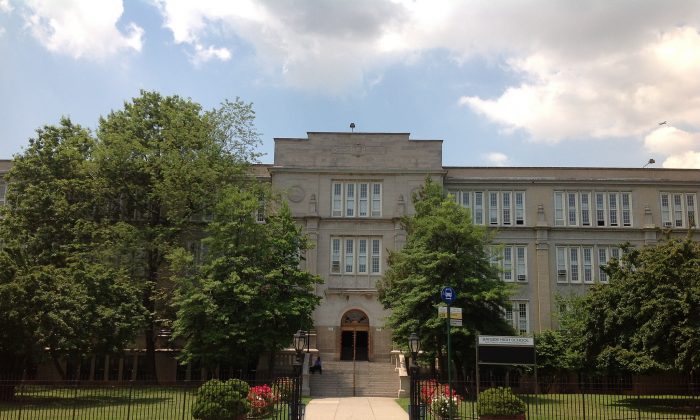 The 4,000 new, high-efficiency bathroom fixtures installed in 28 New York City public schools are as green as planting 400,000 trees and letting them grow for 10 years, according to the New York City Department of Environmental Protection (DEP).

The new fixtures have already reduced water use by about 71 percent at each of the school buildings, saving half a million gallons of water each school day. Work is starting in another 75 school buildings, announced DEP Commissioner Emily Lloyd on Tuesday, and will be completed over the next 10 months.

By 2018, 500 school buildings and about 40,000 bathroom fixtures will be upgraded, saving 4 million gallons of water each school day. The $50 million school upgrade project is being funded by the DEP.

This is part of DEP’s larger initiative to reduce citywide water consumption by 5 percent before the Delaware Aqueduct shuts down for repairs in 2021. The 85-mile-long Delaware Aqueduct is located 120 miles upstate and currently supplies half of the city’s drinking water—about a billion gallons daily of some of the cleanest in the country requiring no filtration, according to the state.

The DEP is funding a $1.5 billion project to construct a 2.5-mile bypass tunnel through a portion of the aqueduct to fix leaks occurring in several areas. In order to build the tunnel, the aqueduct will need to be temporarily shut down between 2021 and 2022.

Construction of the Delaware Aqueduct began in 1930, at a time when the city was running out of water. Finished in 1945, the aqueduct was designed to deliver up to 850 million gallons.

Tasked with maintaining 7,000 miles of water mains, tunnels, and aqueducts, and 7,500 miles more of sewers, DEP has long shifted its focus to water conservation.

Earlier this year DEP began a voucher-based program to replace about 800,000 outdated residential toilets, mirroring a program from 1994 to 1997 that replaced 1.3 million toilets and saved 90 million gallons of water per day.

Traditional toilets use up to 5 gallons of water per flush, but high-efficiency toilets only use 1.28 gallons.

“The critical investments we are making today will help to ensure a reliable supply of high quality drinking water for New York City for decades to come,” said Commissioner Lloyd in a press release.

“In addition, by using less water we are also helping to reduce our costs and the carbon footprint that is associated with treating the water prior to consumption and cleaning and disinfecting it after it’s used.”