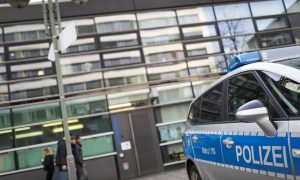 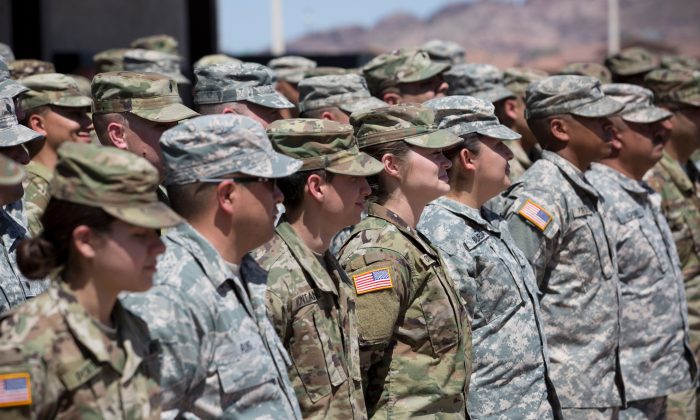 Members of the Arizona National Guard listen to instructions at the Papago Park Military Reservation in Phoenix, on April 9, 2018. (Caitlin O'Hara/ /AFP/Getty Images)
US News

The U.S. Army has plenty of famous examples of generals who were brothers. But sisters? Now that’s another story.

Because women sometimes change their last names after marriage, the Army would have had to look at every single woman general, as well as their siblings, to compare names and determine if they were sisters.

An Army spokesperson told CNN that it wasn’t possible to do that.

“But since there haven’t been that many women generals, it’s a safe bet that they’re the first,” the spokesperson said.

The military didn’t start accepting women into its ranks until the Army Nursing Corps was established in 1901.

Maj. Gen. Barrett is the Commanding General of NETCOM. She graduated from Tufts University with a Bachelor of Arts degree in international relations and was commissioned through the Army ROTC program as a Second Lieutenant in 1988.

Her younger sister, Brig. Gen. Lodi, was promoted in July and is the Deputy Chief of Staff for Operations at the Office of the Surgeon General. She is a Distinguished Honor Graduate of the Naval War College and has master’s degrees in public administration, military arts and science, and national security and strategic studies.

The sisters grew up in Franklin, Massachusetts, just outside of Boston. They are close enough in age that they even played soccer together on the same team in high school.

While Brig. Gen. Lodi always wanted to be a soldier, Maj. Gen. Barrett considered art school or the foreign service and said her cyber career with the Army was “almost accidental.”

Better yet? This historic set of sister generals might even be leading to another milestone.

“Lodi has two daughters that are in the Army,” an Army spokesperson said. “She just drove one of them to basic training.”