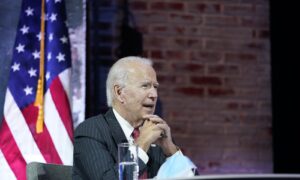 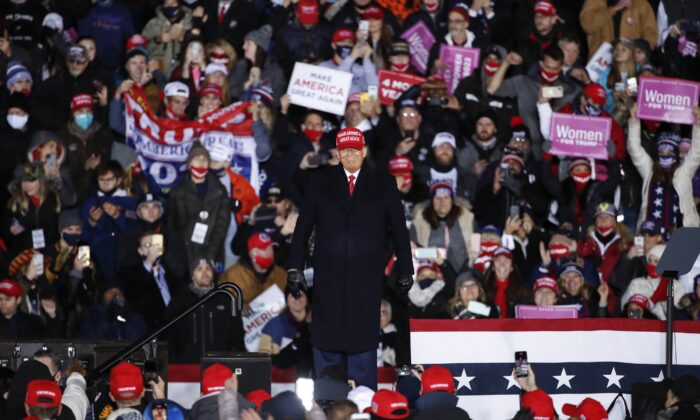 With a month in the rearview mirror since November’s presidential election, we now have sufficient perspective to offer some broad conclusions about the state and nature of our politics.

This election confirmed and crystallized many already-ascendant political trends. Partisans of multiculturalism and the Orwellian “anti-racism” movement suggest an America increasingly balkanized along racial lines, but the emerging reality is quite a bit different. President Donald Trump, despite the left’s four-year effort to tar him as a uniquely menacing bigot, made substantial inroads among both young black men and Hispanics. On the other hand, donor-class elites—Wall Street, Silicon Valley, and corporate America writ large—broke overwhelmingly for the Democratic challenger, Joe Biden.

To those who, Rip Van Winkle-like, may have been asleep for the past 20 years, this may come as a bit of a surprise. And for those octogenarians who grew up in the New Deal era, the bemusement may be even more stark. Long, long gone are the days where the Democratic Party was the political vehicle for the downtrodden, oppressed “little guy” and the Republican Party the vehicle for conniving, Mr. Burns-esque plutocrats.

The reality is nonetheless something roughly resembling the precise opposite. Today, it is the Democratic Party that disproportionately comprises and represents the college-educated elite—purveyors of the addlebrained “woke” catechism, dispensers of redistributionist noblesse oblige. And it is the Republican Party that disproportionately comprises and represents a multiethnic, non-college-educated working class—the Rust Belt and Sun Belt “deplorables” of Hillary Clinton’s ire who, pace Barack Obama, still cling to guns and religion. Though it is true that exit polling data suggest blacks and Hispanics did not quite mirror whites in breaking so sharply along educated lines, the conclusion is nonetheless apt that our partisan duopoly now fractures more along lines of class than along lines of race.

Elites are often puzzled by this. Democratic elites, prone to word-vomit the full litany of social justice “woke”-isms, are often in denial as to how unpopular “defund the police” and the Green New Deal are with the public. And Republican elites, stubbornly moored to laissez-faire fundamentalism and limited government as intrinsic ends, rather than instrumental means, are often in denial as to how miniscule the political constituency is for a corporatist right-liberalism detached from the day-to-day needs of the working class.

But there is no putting this genie back in the bottle. Our now-rapidly accelerating political realignment will not slow down any time soon.

Presuming the Electoral College formalizes Joe Biden as our next president, the next four years are potentially ripe for crossover opportunity. The beauty of an unfolding political realignment in which so much is in flux is that there may well be more Venn diagram overlap than meets the eye. Conservatives must remain constantly vigilant about a far-left capture of the frail and deteriorating Biden, but it would also be a mistake to preemptively write off the possibility of any bipartisan cooperation whatsoever.

On economic matters, there is room for legislative deal-making on the need for an industrial policy that reshores strategic supply chains and spurs greater domestic investment in advanced manufacturing, pharmaceuticals, and semiconductors. The GOP’s more populist wing, which was already vocal about hawkishness on China, the downsides of free trade absolutism, and the need for a greater economic resilience on the home front, was buoyed by a global pandemic that saw its worst fears realized. Biden has expressed support for some variety of a pro-manufacturing industrial policy—and it is incumbent upon Republican watchdogs to ensure such a policy, if enacted, does not manifest itself in the form of venal, Solyndra-like crony capitalist boondoggles.

On Big Tech, too, there is strong bipartisan outrage at the status quo. Conservatives and progressives may be angry at Facebook’s Mark Zuckerberg and Twitter’s Jack Dorsey for different reasons, but it is still easily foreseeable that there might be room to collaborate on antitrust reform or on reform of Section 230—the 1990s-era legal immunity giveaway to the Big Tech giants. Partisans from both sides are increasingly coming around to the view that these goliaths must be reined in.

It is deeply unfortunate that Trump appears headed for an Electoral College defeat. The next four years could be rough. But there are always silver linings to be found amid the rubble.