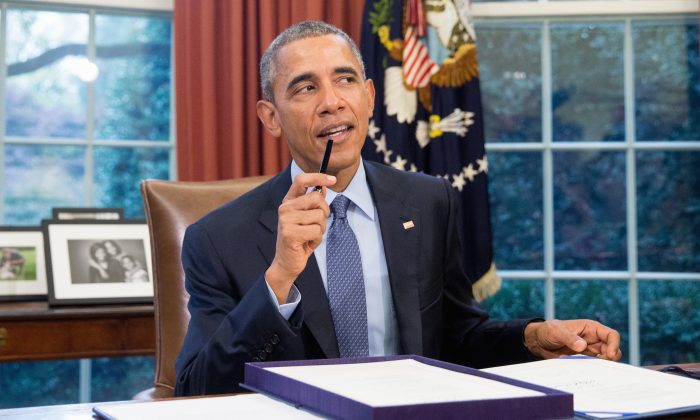 There’s a President Atop the World’s Most Powerful People List, but It’s Not the One You Think

Russia’s Vladimir Putin sits atop The World’s Most Powerful People rankings for the third year in a row, Forbes announced this week.

The list considers people’s power along four dimensions—power over people, financial resources, power in multiple spheres, and whether candidates actively used their power.

“Putin continues to prove he’s one of the few men in the world powerful enough to do what he wants—and get away with it. International sanctions set in place after he seized Crimea and waged war-by-proxy in Ukraine have kneecapped the Ruble and driven Russia into deepening recession, but haven’t hurt Putin one bit: In June his approval ratings reached an all-time high of 89 percent,” David Ewalt wrote.

“In October, he bombed ISIS forces in Syria and then met face-to-face with President Assad, making the U.S and NATO look weak in the region, and helping rebuild Russian influence abroad.”


Germany Chancellor Angela Merkel, “the backbone of the European Union,” ranks second. Her actions dealing with the Syrian refugee issue and the Greek credit crisis bumped her up three spots from last year.

U.S. President Barack Obama slipped to third since his influence is shrinking as he enters the final year of his presidency. “Abroad, he’s outshined by Merkel in Europe, and outmaneuvered by Putin in the Middle East,” Forbes noted.