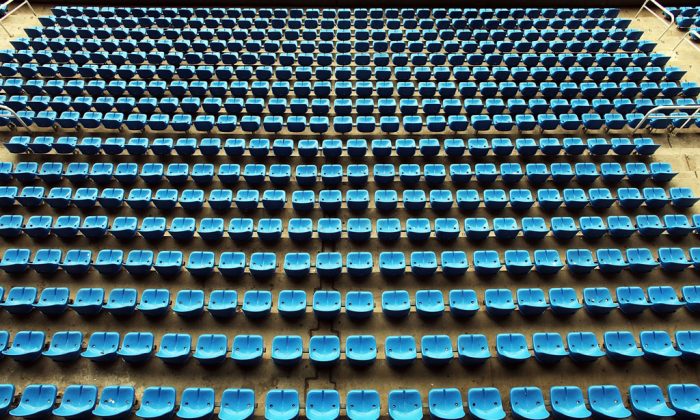 The stadium Estadio Olimpico Joao Havelange is empty of people on December 10, 2009 in Rio de Janeiro, Brazil. The stadium will be used for track & field events competitions at the 2016 Summer Olympics in Rio de Janeiro. The stadium's capacity is to be increased to 60,000 from 47,000 before the Olympics begin. (Spencer Platt/Getty Images)
Opinion

There Would Be No Shame in Brazil Ditching the Olympics

The 2014 Brazil World Cup and the Rio 2016 Olympic Games are becoming a running story, and not in the way organisers might like. We have seen news about public riots, lack of preparation, low quality infrastructure and Brazilians calling for these costly events to be scrapped when they are facing poverty, inflation and crime.

This is typical of the media scrutiny that follows mega events. Every time another one comes around, journalists worldwide report on the progress with the infrastructure, corrupt organisers, anti-corruption controls, sponsorship, human rights and national security measures.

It is not difficult to explain this interest. The stakes are truly high. The budgets are big, the business interests are global and the host nation’s street cred is always on the line.

Then there is the public dimension. Most of us adore spectacles and look up to the athletes for their effort and skill. We are also instinctively interested in our fellow human beings from other nations.

Caught Between a FIFA and an IOC Place

In the case of Brazil, the owners of these mega events are FIFA and the IOC. They have both been around for a long time and have near monopoly power in the market and formidable copyright control.

They have both been self-selecting their senior people for years, sometimes with troubling results. For example it was not until after the major controversy over IOC bribes for votes that life membership privileges were lifted – and even then for some only.

Both organisations expect and extract the best services from the highest bidder. When host city/country contracts are signed, the host formally agrees that an organising committee will be formed.

These committees are limited companies that operate like a temporary franchisee to the event owner. Manuals are posted, knowledge transferred and parent institution mentors are sent to provide guidance. Then this limited company informs the host city or country where the event will be hosted, among a wide list of requirements.

Athens in the Dock

Ultimately the event owners have the right to cancel the contract if the host franchisee is not performing. The threat was used in the case of Greece when the then IOC president Juan Antonio Samaranch showed Athens a yellow card for delays. The rest is history.

In the end, Athens put on a great games. But there was no post-event plan for the facilities. And then came the banking crisis, which forced Greece to accept devastating terms and cuts to privileges in exchange for debt reductions, consolidations and loans.

There was a clear message here. Mega-event owners are too busy with their current and future hosts to worry about problems that they may have had a hand in causing in the past.

And they are not going to compromise their standards of levels of service. The day after is for the host city/country to face. The event owners are off to the next host and the next bidding war.

Did Someone Say Megalomania?

But arguably even more powerful than these mega-event owners are the political leaders in the host country. It is not very difficult for politicians to convince citizens that such an event is a good idea because the ideas behind these events, such as sporting excellence, are something that people associate positively with. The promise of economic success and the global spotlight is also dazzling.

From then on the floor is theirs – as seen recently with Vladimir Putin and the Sochi Winter Olympics. With no apparent understanding of our interdependencies, one host continually wants to outdo the other in pursuit of distinction. And the more that mega-events are places of distinction, the more they become the focus of unchecked political ambition.

Since Athens, we have seen a trend of awarding these events to emerging economies. Beijing held the 2008 Olympics, South Africa the 2010 World Cup and now the double-header in Brazil.

According to projections in a recent UN Human Development Report, by 2050 Brazil, China and India will together account for 40% of global output (see image below), far surpassing the projected combined production of today’s G7.

So while the Brazilian politicians may have the ambition to host the best mega-events, perhaps they also have much bigger fish to fry in their desire to show the world that Brazil can be a superpower.

But the world changed in 2008. And after the citizen mobilisation of the Arab spring and the occupy movement, the voices of the majority world were loud and clear. Citizens in economies hit by the financial crisis were offered the bitter pills of austerity and rightly asked why the banks and global institutions did not make significant changes to their practices. The Brazilians on the streets are saying much the same thing: “We do not want these events we want the government to improve our lives instead.”

They know that there are pressing issues to deal with. Health spending in the country is much lower than the regional average, for example. Maybe they do not have inferiority complexes and feel they have nothing to prove.

Brazil surely risks falling into the category of hosts that remain on a dangerous path even though all indicators are telling them to stop and reconsider – Vancouver’s Expo in 1986 is a good example. The provincial government’s commitment to it was such that it received several bailouts amid spiralling costs and ended up losing a fortune because the business plan was so flawed.

The question for Brazil’s leaders is where they go from here. As painful as it would be to think again about hosting both of these events, the alternative might just be worse.

Eleni Theodoraki received funding in 2011 from Scottish Enterprise for a research project into the London 2012 Olympics and the Glasgow 2014 Commonwealth Games. Last year she received funding from the Qatar National Research Fund to study the 2022 World Cup. This article was originally published on The Conversation. Read the original article.