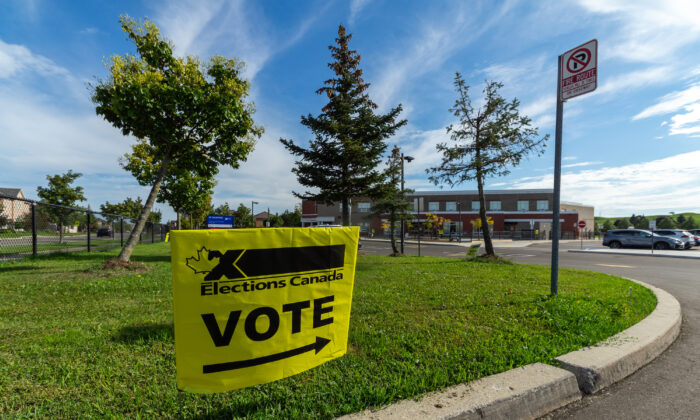 There Were No Winners in This Election

The biggest losers in the 2021 federal election are Canadians. At a cost of over $600 million and the disruption of our lives for over a month, we find ourselves nearly exactly where we began.

Prime Minister Justin Trudeau was accused of holding an election about nothing, and the results are reflecting that.

We are tired, divided, and dejected, and it all appears to have served no purpose. It is astounding how similar the 2021 election results are to the 2019 outcome.

While he remains holding a minority government, Trudeau will not need to fear losing a confidence vote any time soon. Even though he wasn’t given a clear mandate to govern, Canadians will not put up with being sent to the polls again in the immediate future.

Trudeau is going to have to consolidate his leadership, though, and quickly. While the Liberal Party remains in power, insiders can’t be happy with the failure to grab a majority government in this election. The blame will fall upon Trudeau, and many party members will not want to give him another kick at the electoral cat. While another election may not be immediately imminent, it likely will come within two years. Those in the Liberal Party who want a new leader are going to act to unseat him sooner rather than later. Trudeau will have his hands full keeping them at bay.

Regionally, the nation is as divided as ever. While this election campaign didn’t have as much inter-regional vitriol that past ones have had, the outcome shows a clear regional split within Canada. The Prairies went almost entirely Conservative, while the rest of the country went predominantly Liberal. The Bloc Quebecois remains strong within Quebec, and interior B.C. shunned the Liberals.

Conservative Leader Erin O’Toole held his ground but alienated much of his base as he took on a campaign of compromise in hopes of making a breakthrough in central Canada that never materialized.

Small-c conservatives are going to want to move the party back to traditional conservative values, while O’Toole’s supporters will want the party to hold the line. Many will be asking what the point of pragmatism was if it didn’t move the dial.

As with every other party, the seat count for Jagmeet Singh’s NDP didn’t change much. NDP supporters hoping for a return to the heyday of Jack Layton’s time are surely disappointed, but the party held its own. The federal NDP isn’t as inclined to tearing out its own leaders as conservative parties tend to be. Singh may choose to move on, or may keep leading. Unlike other leaders, the choice will likely be his.

The People’s Party failed to win a seat and this will make their survival difficult in years to come. They impacted the results but didn’t garner enough votes to be fully blamed for the Liberal victory. They established a solid base of support and surprised the country with their momentum. That said, it’s tough to stay in the spotlight without a seat in Parliament. The PPC’s support is based predominantly on the movement to resist COVID-19 restrictions, and they will need to broaden their appeal beyond that or that support level will become a hard ceiling for them. They made inroads, yet still may not endure as a party. Time will tell.

Annamie Paul of the Green Party failed to win her own seat. I suspect she will step down as leader soon. She was treated terribly by her own party and won’t have the anchor of a seat to secure her position. With a couple of seats in Parliament and an established brand, the Green Party will endure with a new leader and maintain its niche in politics. Elizabeth May won her seat, and she has been less than supportive of Paul.

Nobody can look at the 2021 election and say that it was a good thing for Canada. There truly was no winner. Every leader is now in a tenuous position within his or her party. No new visions were put forth in the campaign to be embraced or rejected by Canadians. We don’t feel a sense of renewal or new direction—we only feel exhaustion and frustration, and it all appears to have been for nothing.

The 2021 election will go down as the $600 million stalemate. What a colossal waste of resources, both fiscal and emotional.