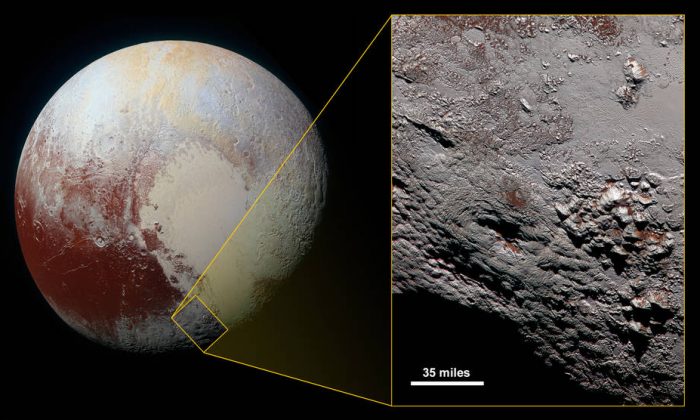 When it flew by Pluto, the New Horizons space probe took some of the highest resolution photos we have yet of the distant dwarf planet.

In some of the photos, it appears that Pluto might be home to cryovolcanoes, better known as ice volcanoes, which spew water and ammonia instead of hot lava.

One such feature is estimated to be 90 miles wide and 2.5 miles high, and would be the largest ice volcano found in the outer solar system, if it is one.

The feature was named Wright Mons, after the Wright Brothers.

The age of Wright Mons is unknown, although evidence of only one impact crater suggests that it was created relatively recently, and was active late in the history of Pluto.