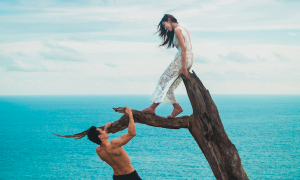 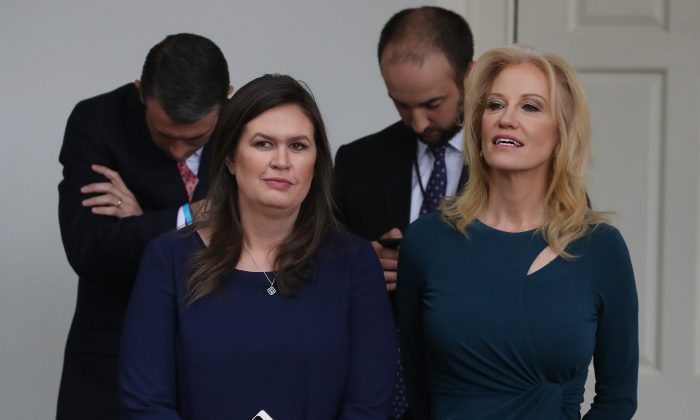 There Are Dozens of Women in Politics and Law, so Why Aren’t Feminists Applauding?

To date, President Donald Trump has employed more women as top advisers than Presidents Bill Clinton, George W. Bush, and Barack Obama. Last fall, it was revealed that Supreme Court Justice Brett Kavanaugh would be the first justice in history to hire all female law clerks.

Several conservative women won in the last midterm elections, making history as the first women to hold those offices.

Yet, these two men and these women have received very little praise, especially from liberal women, because, when it comes to recognition, ideology trumps gender.

At one point, Trump boasted having more women in his administration than many administrations before him, including Kellyanne Conway as his top adviser and Sarah Huckabee Sanders as his press secretary. These two women have held positions of importance since nearly the beginning of the Trump administration. By all unbiased accounts, they’ve done their jobs well. Yet where are the accolades from the media or feminists who have made it their purpose to highlight the importance of hiring and supporting women in positions of power?

Not only are there few moments of praise from feminists, there’s usually hit piece after hit piece deriding the women for everything from their “ugly” appearance to their lack of merit.

One could argue these women hardly get any recognition because the Trump administration no longer employs many of them. Of course, Sanders recently left to pursue other things. Nikki Haley, former ambassador to the U.N., also left the position at the end of 2018. This spring, Kirstjen Nielsen stepped down as secretary of Homeland Security.

It’s not always clear why these women left their positions. Is Trump hard to work for? Did they fail at their jobs and, as such, felt the need to step down? Does this mean Trump is actually a hindrance to the feminist movement, or is this just life? Given how many men have cycled through his administration, it looks like his work environment is a bit of a revolving door, gender aside. His hiring choices still seem like a victory for women, by all normal feminist standards.

When Kavanaugh announced he was hiring all female law clerks, feminist media didn’t applaud him, they expressed outrage. An “Above the Law” article raged, “I don’t give a flying fig how many female law clerks Brett Kavanaugh hires.” Another said it “raises some troubling questions.” Meanwhile, the only person to publicly offer support for Kavanaugh’s hiring practices was uber-feminist Supreme Court Justice Ruth Bader Ginsburg, saying in a speech, “Kavanaugh made history by bringing on board an all-female law clerk crew. Thanks to his selections, the Court has this Term, for the first time ever, more women than men serving as law clerks.”

You’d think for something that historic, women lawyers—feminists or not—would offer accolades. But Kavanaugh is a judge in the mold of Justice Antonin Scalia and, as everyone recalls, he was accused of sexual assault during his confirmation hearing. How could he actually be an ally of women? Yet you can believe if Justice Sonia Sotomayor had hired all women before Kavanaugh, making history, she’d be on the cover of Time magazine.

The media, with feminists at their helm, are complicit in this anti-conservative narrative. Recently, Netflix released a documentary profiling several Democrat women who ran for office in 2018. All of the women profiled, bar Alexandria Ocasio-Cortez (D-N.Y.), lost. Still, that didn’t stop the documentary from glorifying these women, who were making history—supposedly—just for running.

Yet if anyone else recalls statistics from the midterm elections, several Republican women made history, besting men in senior roles such as senator, governor, and congresswoman. Some of those women were minorities—but all were conservative. Thus, they don’t get to star in a similar documentary—and they didn’t get so much as a nod from most of the mainstream media.

Both Trump and Kavanaugh, as well as the women in the midterm elections, have two things in common: They promote women, but they’re also conservative. This demonstrates that the rules of advocating for women have changed. Feminists support other women, and the men who rally for them, only if they’re progressive.