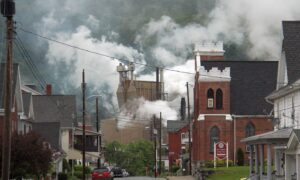 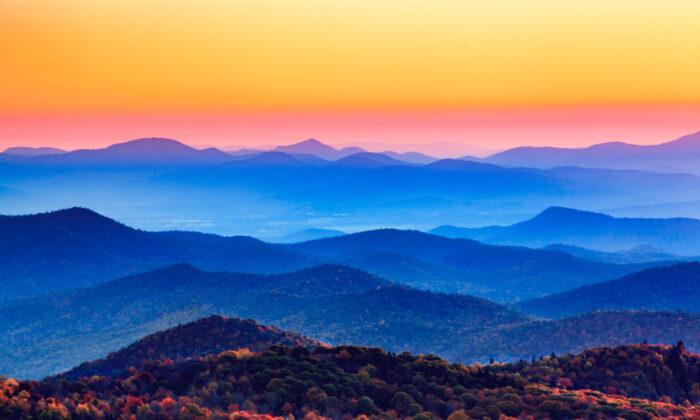 Sunset over the Appalachians in North Carolina. (Cvandyke/Shutterstock)
Viewpoints

There Are Deep Roots in These Mountains

SCHOHARIE, New York—The roots of faith, family, patriotism, dialect, and work ethic are a prominent feature here. One of the first modern American presidents to recognize those characteristics here and in the swath of Appalachia that extends to the southwest was John F. Kennedy, who when speaking to his Cabinet in April of 1963 said that despite automation passing it by and poverty now defining it, he did not doubt its ability to succeed.

“The Appalachian region is an area rich in potential,” Kennedy said. “Its people are hardworking, intelligent, resourceful, and capable of responding successfully to education and training. They are loyal to their homes, to their families, to their states, and to their country.”

Within months, Kennedy was dead, but the 35th president’s promise to help this region succeed lived on in the form of the Appalachian Regional Conference. Approved by Congress a year later, ARC is a federal-state partnership whose goal has been to bring the region into socioeconomic parity with the rest of the nation.

From beginning to end, the Appalachian region comprises 205,000 square miles that over 25 million people call home.

Many of the cities, villages, towns, and rural farms in this region were some of the first plots of land settled in North America beginning in the 17th century. The original settlers were mostly Ulster Scots, fleeing religious persecution and looking for freedom and opportunity.

Family-oriented, they often kept to themselves and were early to identify themselves as part of this land and not part of any particular ethnic tribe. That is why few of their decedents even know of their Scots heritage. For them, their stories began here, which is often reflected in both the oral history and the music that has come out of these hills.

The dialect here has a choppy twang that is sharp and often contains words left over from the early settlers. The farther south you go, the twang becomes more of a drawl. Outsiders and elites often associate it with a lack of education or intellect. Locals, in turn, hear the deliberate cadence of cosmopolitan elites, which often carries no dialect, and find that it lacks character and contains too many words to make a point.

Take the back roads throughout the region, and you will find that its greatest asset is also its greatest obstacle to economic success. The distinctive mountainous terrain allows only winding, two-lane roads.

Taking a trip from one town to another, or even just going somewhere nearby, often involves snaking through narrow valleys, where the streams overflow onto the roadways or over mountaintops that are often impassable in snow, sleet or heavy rain.

The area might as well have been made for tourism. It draws trout fisherman, hikers, boaters, swimmers, hunters, snowshoers, and skiers. But it has many features not so great for economic success. Just try to get a cell signal or download a PDF on your computer, and you begin to understand the challenges.

The people whose families have called Appalachia home come from a long line of patriots who first defended the land in the French and Indian War and first defended the country in the Revolutionary War. Gayle Manchin, the newly appointed co-chair of the Appalachian Regional Commission, said that call to service has continued throughout our country’s history.

“People who have been the first to answer the call of duty and join the military have disproportionately come from Appalachia over any other region in the country,” Manchin said in an interview in her home state of West Virginia.

The people who live and work here have deep pride in their skills and craftsmanship, whether they are artisans making Fiestaware dinnerware in Newell, West Virginia, or the handcrafted All-Clad cookware at the mill in Canonsburg, Pennsylvania. What they do is part of who they are.

Manchin said the same can be said for the men and women who work in the coal mines, whose jobs provide either heat and light for homes and buildings all across the country, or make the steel that goes into the bridges, roads, and buildings for cities large and small everywhere.

“They often view what they do as patriotic,” she said.

Manchin said the goal of ARC is noble, and she is up to the challenge. But she also acknowledges that the challenges are not trivial. For one thing, the country has a skewed view of the region, which is reinforced by attitudes in Hollywood and corporate America. It is often used as a punch line in movies or music. It is deemed irredeemable by cultural elites who often quip, “Why don’t you just move if you don’t like the job prospects?”

In reply, Manchin said they all miss the importance residents place in their roots to the land.

“I have had people say to me, ‘Well, why don’t they move?’” Manchin said. “Well, it is because the people love the land.”

It is land the families have been on for generations, often by going back to their father’s father’s father. “They have hunted and fished and grown farms and lived off of the land, and it has served them well,” she said. “They also worked the mines, and that had served them well. So when people say it’s not working, you just need to move, it is ridiculous.”

Hollywood calls them hillbillies or rednecks. Politicians refer to them as deplorable, bitter clingers, or Neanderthals. Corporations and sports entities ignore them. Academics and the media believe they are all racist. That last one makes many of them shake their heads and chuckle because they are more likely to work side by side with their hands or serve their country with a more diverse population than most elites.

Manchin said that because of the economic prosperity that has eluded many, the result has been despair and an epidemic of addiction. This cycle, she said, has orphaned many children, whose parents are either dead or in prison and whose grandparents become parents again at an advanced age.

Appalachia is complicated. On one hand, God, country, family, and work are the ethos of the people. On the other, the very locality of the land they love contributes to the disease of despair and the wasting away of their most precious treasure—the people.

My family has lived in Appalachia since they first came here in 1638. I could not imagine living anywhere else. Drive through any part of it—New York, Tennessee, or Mississippi—and every town, large or small, every mountain pass, every stream always feels like you are coming home, even if you are miles from your house.