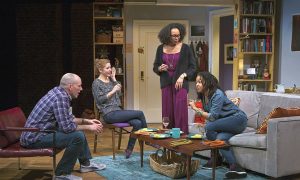 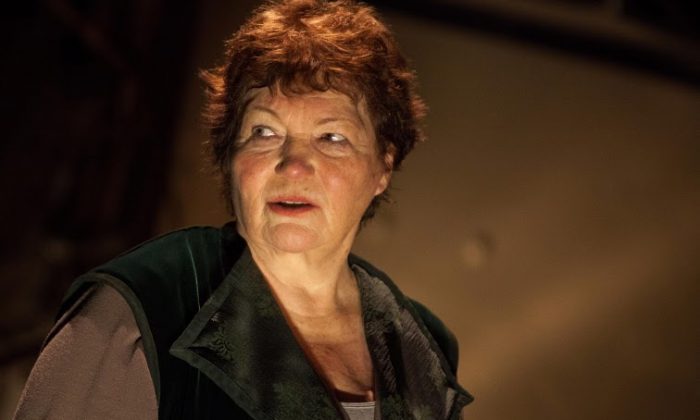 Tina Packer in "Women of Will." (Matthew Murphy)
Entertainment

Theater Review: ‘Women of Will’

NEW YORK—One of the most fascinating and stimulating productions to be found in New York at this time is Tina Packer’s “Women of Will.”

Downtown at Gym at Judson (downstairs in the Judson Memorial Church), Ms. Packer, along with acting partner Nigel Gore, brings to life a host of William Shakespeare’s most memorable female characters: Juliet, Lady Macbeth, Cleopatra, and Joan of Arc, to name just a few. With interspersed comments, she demonstrates the playwright’s awareness of the inferior position of women in various times and places, and their varied ways of coping.

Founding artistic director of the Lenox, Mass., Shakespeare & Company (resigning to pour her creative energies into this production), Ms. Packer has directed most of the bard’s plays, acted in seven, and has taught the whole canon at a number of colleges, including Harvard, MIT, NYU, and Columbia.

Here, scenes from nearly 25 plays have been distilled into five parts, dealing with different time spans of Shakespeare’s creativity. These can be seen on separate nights, or as The Overview on a single evening. The director is Eric Tucker.

But isn’t Shakespeare boring? Not in the hands, and bodies, of Packer and Gore. The two having worked together for many years (past associations including Edward Albee’s “Who’s Afraid of Virginia Woolf”), they play off of one another with ease. As Packer introduces the scenes, the excellent Gore intersperses wry or amusing comments. These may or may not be off-the-cuff. In any case, the sense of intimacy draws one in.

Attired in simple tunic, pants tucked into knee-high boots, with the occasional addition of a green velvet cape (costumes by Valerie Therese Bart), in Part One Ms. Packer launches into Shakespeare’s early comedies (“The Taming of the Shrew,” “The Comedy of Errors”) as well as excerpts from early history plays such as “Henry VI.”

Exhibiting a broad range, she springs from intense warrior women like Queen Margaret and Joan of Arc to the delicate, sublime Juliet. In fact, this last-named portrayal (in Part Two), with the 70-something performer portraying the teenage heroine, was exquisite and an audience favorite. Interesting to note is Juliet’s superior good sense against Romeo’s rashness in the balcony scene. A chair serves as sole set piece (set design also by Ms. Bart).

As the sensual Cleopatra, Ms. Packer’s yearning murmuring of the final word, “Antony,” is poignant and very moving.

As time went on, Shakespeare more fully realized the lack of women’s power. If they dared express their deepest needs or desires, they might incur the wrath of men.

But women could disguise themselves as males. Thus two favorite “trouser” roles— Viola in “Twelfth Night” and Rosalind in “As You Like It”—not only afford some of the most exquisite poetry that Shakespeare had heretofore created but also show how women can surpass men, without dampening their egos.

On the other hand, the ill-fated Ophelia in “Hamlet” and Desdemona in “Othello” (written during the same time span as Viola and Rosalind), were just too tender, feminine—and honest—to survive.

Turning to Lady Macbeth, Why, Ms. Packer inquires, did the Lady take such drastic action? Why didn’t she just leave it alone and let the Three Witches’ prophecies come to pass simply, without stirring the pot, so to speak.

One might say, then there wouldn’t have been a play. Or, was Shakespeare showing us that some women are so frustrated with their lack of power that they feel impelled to take drastic—and here, tragic—action? Can we, in the 21st century, fast-forward these situations and deeds to our own time and place?

Excerpts are carefully chosen; thought-provoking questions are posed. Some other examples are from “Richard III,” “The Merchant of Venice,” “King Lear” (the wicked daughter Regan appears), “Pericles,” and the exquisite “The Winter’s Tale,” with Shakespeare at his most soulful and philosophical. And more.

One has only until May 26 to see the various sections, as well as “The Complete Journey.” Your journey will be well worth it.