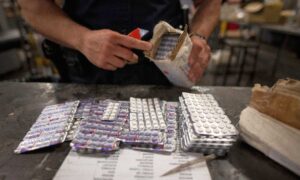 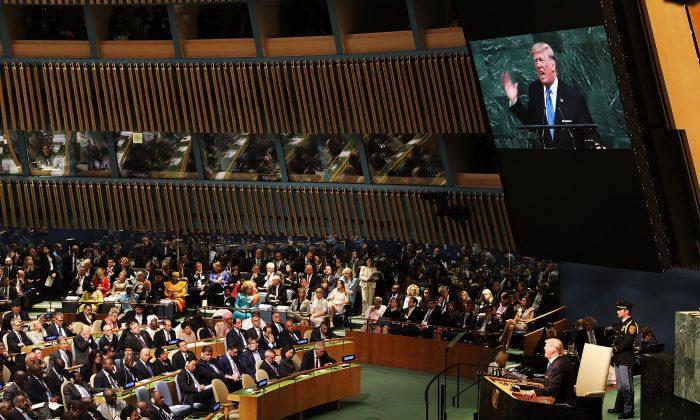 The World is Paying OT for CCP

Ever since China opened its door to the West in the 1980’s, the ruling Chinese Communist Party (CCP) has been working hard to establish its cells or branches in all companies, state-owned, private, and joint-ventures. Recently, as the Party awaits its 19th Congress and maintains “stability” in society, their desire to exert control in the business sector becomes even stronger. Executives at the state-owned petrochemical giant Sinopec said lately that they are requiring all of their foreign business and joint venture partners to add to their bylaws clauses that would permit “works to establish and develop CCP organization” within the workforce of the company.

In the past, foreign executives were hoping such kind of requests from the Party were mostly format or symbolic, and would fade away as time passes. While, they are wrong now, as the Party becomes even more fervent in attempting to put their feet in the pool.

The Party’s effort seems working. According to state media, among all 1.86 million private companies in China, 70% of them have CCP cells or branches established. That is to say, however, there are at least half a million companies that resisted in doing so. It’s not hard to imagine that most of those 500,000 companies are foreign owned or joint-ventures with Chinese nationals.

The remedy given by Claude Barfield, an international trade expert at American Enterprise Institute (AEI) is quite good: WTO and US government should intervene, as the measures by the Chinese Communist on establishing Party cells in foreign companies is ridiculous and against global business rules, akin to cabinet members of Trump administration demanding board memberships in GM, IBM, Toyota, or Siemens.

There is one fascinating paradox that Barfield identified. It started with a European manufacturer that has operations in China. The executive of the company was quoted by saying that the company allowed the CCP cell to use company facility to conduct meetings after work some time last year. Then, the Party cell went further and demanded that the company pay overtime pay to those communist carders! Naturally, the company refused. Asking Western companies to pay for overtime for what the Communists are doing, what could be crazier than that?!

Barfield proclaimed that the CCP officials knew nothing about running a business, and the WTO had the responsibility of stopping such encroachment of government in private enterprises. It’s true that a political party should not mingle with business entity, yet that is not the most critical point. It’s not important at all whether CCP officials know how to run businesses, in fact, some of them DO know how to run businesses. What is important is that the reason CCP wants to get involved in business operations and setting up their cells is not how well the business is run, but whether there is any anti-Communist sentiment and activities within those companies, and whether those companies would become the bases for anti-Communism forces and source of funding. That is why CCP is so eager to insert their feet in those companies. Eventually, the CCP wishes to be able to control the personnel, resources, and the organizational structure in operation, budgeting, finance, business secrets, intellectual properties, and the total seizure of the business in the end.

For those who know Chinese society inside out would find out, for real, our world is wild and crazy, not only are the entire people of China working hard to pay overtime pay to the Communists, the entire world is, knowingly or unknowingly, paying for what the Communists are doing!

Why is it so? In the political landscape of the PRC, there is no room for any other political parties except CCP. We know that the CCP has a membership of 80 million, a Central Committee, Central Standing Committee, Politburo, Department of Propaganda, and Personnel Department. Yet in all the organizational structures of CCP at all levels, there are no finance departments, accounting departments, nor even a bank account for the Party. Does anyone know of the chief financial officer or treasurer of the Chinese Communist Party? This is almost a miracle!

Any organization in our world today, a business, a state, and even the UN all have budget, expenses, revenue or income, accounting reports, and bank accounts. But the CCP does not have any of them whatsoever. Yet undoubtedly, the CCP is carrying out a huge operation, with expenses such as Party carder personnel cost, propaganda cost, utility cost of Zhong Nan Hai leadership compound, security cost at Bei Dai He seaside resort, and other costs such as running numerous Party training schools nationwide. Where does the money come from? Sure we all know that they actually get paid or reimbursed from the treasury of the nation! The CCP does not even need any income, nor does it need any budget, it just gets paid from the treasury of the central government, all of its operating expenses. Isn’t that all the people in China are actually paying for the operation, maintenance, and overtime pay for the CCP?

China’s armed forces is the force for the CCP, it is the bodyguards of the Party, because they must show loyalty to the Party and the Chairman of CCP Central Military Committee, not the president of China, is the supreme commander of PLA. CCP as a civilian organization can own and operate an armed forces with nuclear bombs, yet for the rest of China, Chinese people and other civil groups, they can’t own any guns, and they must register to buy kitchen knives! Chinese military spending is first and foremost for the protection of the CCP, yet the source of the military budget is the central government. That is also akin to all China and all people in China paying for the overtime pay for the CCP.

The government of China has a notorious “dual system” of Party and government. Chinese people are accustomed to hearing the term “leaders of the Party and the nation”, with the Party before the nation. Chinese media blatantly claims that they are the “mouthpiece” of the Party, yet the people of China are paying for the maintenance and operation of the Party propaganda.  In fact, the whole system of the Chinese nation are working around the Party, yet the Party is not paying for the service. Not only that, for people from the rest of the world, foreign firms doing business in China or trading with China, part of their profits and funds are also channeled to the Party, as what the author indicated in the book of “Dragon’s Vault”. So, in a nut shell, all of China and many people of the world are in fact paying and supporting the Communist Party of China!

Thanks to Mr. Barfield who inadvertently revealed a top secret, that is, we the people, in China and outside of China, are actually supporting a blood-thirsty regime one way or another, against our will. Just how long will we allow this to continue to take place?