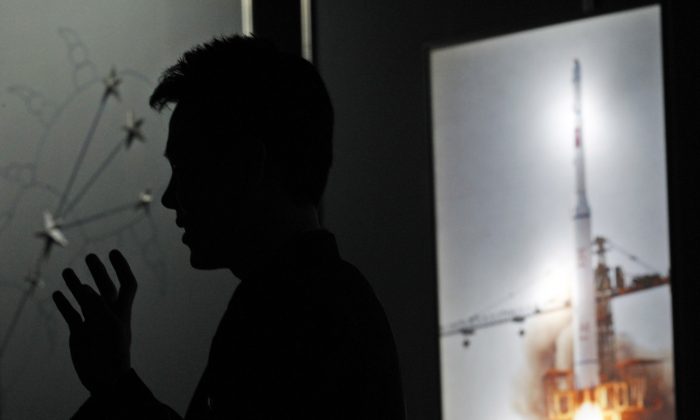 The collective global roar of disapproval that greeted North Korea’s launch of its satellite Kwangmyongsong-4 is a familiar sound by now. The universal fury at Pyongyang’s actions was similar to that which greeted its purported recent underground test of a hydrogen bomb.

As they did after that event, the United States, South Korea, Russia, Japan, and China (and many others) were forced into an uncomfortable diplomatic lockstep by their need to issue loud objections—though later statements on what might be done to censure North Korea were rather more uneven. And just as was the case with the size of the January 2016 test at Punggye-ri, the scale of the Kwangmyongsong-4 launch’s technological achievement has already been questioned. South Korea’s Yonhap agency was characteristically quick to suggest it had been a failure.

As usual, the world is overlooking any context for the launch beyond the issue of nuclear weapons or ballistic missiles.

Business as usual, then. And as usual, the world is overlooking any context for the launch beyond the issue of nuclear weapons or ballistic missiles. As is generally the case when it comes to North Korea and technology, there’s a glaring gap between what’s actually going on in North Korea and the invective thrown back by its foes. Kwangmyongsong-4 is as much about national scientific and economic development as much as it is about geopolitical messaging.

In December 2012, North Korea launched Kwangmyongsong-3, which it described as an earth observation satellite designed to generate data to support North Korean agricultural planning (though it was also intended to broadcast the Song of Kim Il-Sung to the planet on a 470 Megahertz frequency). Unfortunately for Pyongyang, nothing was ever heard from it; both computer simulation and visual observation proved that whatever had been placed in orbit was spinning hopelessly out of control.

Storms May Brew, but in North Korea Pride Over New Satellite

So far, North Korea has refrained from bragging about Kwangmyongsong-4’s technical capacity, and has issued no claims as to its musicality. It is once again described as an “earth observation satellite” containing “measuring apparatuses and telecommunications apparatuses needed for observing the earth.”

But this time, according to analysis of its path and orbit, the object released by the final stage of the orbital vehicle appears to be under control; in fact, its orbit has even been described by respected Dutch satellite tracker Marco Langbroek as “consistent with a remote sensing role.”

Of course, nations around the world seem determined not to accept Kwangmyongsong-4 as anything other than yet another example of provocative weapons testing. They are keen to negate Pyongyang’s assertions that this is indeed an exercise in the development of its capacity to explore space for peaceful ends.

Such exploration and utilization is of course entirely legal under the United Nation’s 1967 Outer Space Treaty and the 1975 Convention on Registration of Objects Launched into Outer Space—both of which North Korea acceded to in 2009.

Why indeed would it be so strange for Pyongyang to want to develop its capacity to launch vehicles into space, or to build functional earth observation devices? North Korea’s conception of 2012’s device as an element of projects focused on improving its agricultural capacity surely makes perfect sense given the historically haphazard nature of North Korean industrial planning.

If the satellite really does have remote sensing capacity, that could be a boon to North Korea’s ability to manage its forests and fisheries, and could greatly improve the country’s meteorological monitoring ability.

These are major domestic priorities. The Supreme Leader, Kim Jong-Un, quite unexpectedly and viciously denounced the country’s weather forecasting service in 2014, and in 2015, his government put a lot of work into developing the fishing industry and improving flood prevention and forecasting (especially after recent floods in the important Rason Special Economic Zone).

And aside from the obvious potential practical benefits, external commentators have paid scant attention to Kwangmyongsong-4’s place in North Korea’s charismatic political calendar.

Western commentators certainly made mention of the North Korean newspaper Rodong Sinmun’s euphoric report of the launch, which marveled at “the fascinating vapor of Juche satellite trailing in the clear and blue sky in spring of February on the threshold of the Day of the Shining Star.” But they failed to connect the commemorative dots.

Feb. 16, the Day of the Shining Star, was Kim Jong-Il’s birthday, what better posthumous gift could there be for the Dear Leader?

The outside world has also overlooked any connection with the impending Seventh Party Congress of the Korean Workers Party in May 2016, and the political and developmental theatrics that will accompany this year-long event.

Instead, the wider world is railing against Pyongyang using its typical themes of threat, fear, and danger. The global gnashing of teeth shows us just how myopic and black-and-white the thinking on North Korea has become.

We live in a world where potentially dual-use technology is blasted above the stratosphere many times a year, and where the launch of astronauts such as the U.K.’s new “hero” Major Tim Peake can be lauded as manifestations of national pluck. Even in the depths of the cold war, the Soviet Air Force’s Yuri Gagarin was lionized in the West for his pioneering space voyage. And yet, for all that the domestic context for this launch is plain to see, we refuse to open our minds to the idea that Pyongyang’s space ventures may be motivated by anything other than belligerence.

Robert Winstanley-Chesters is a visiting research fellow at the school of geography at the University of Leeds in the U.K.  This article was originally published on The Conversation.