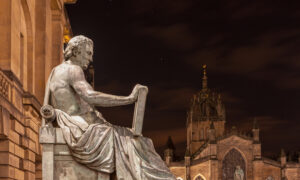 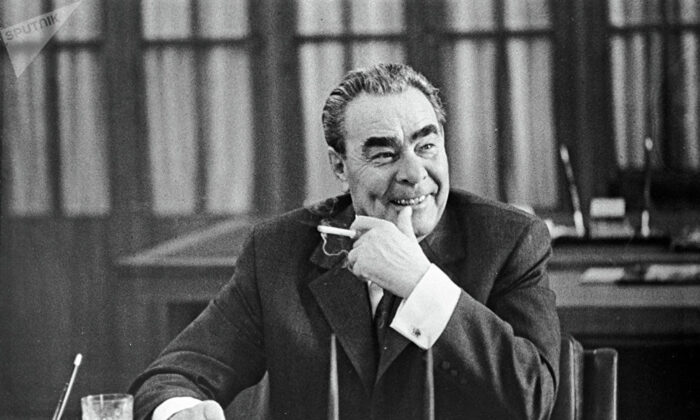 The ‘Wooden Language’ That Opens the Door to Complete Ruthlessness

Recently, unasked, I received an advertisement for a Harvard Business School program in leadership, including something called thought leadership.

Furthermore, I don’t really qualify for the course. I am not a “senior executive who holds a leadership position one or two levels from the CEO and has been identified as central to the company’s succession plans.” This all sounds to me a bit like Henry IV taking over from Richard II—and you can probably buy a copy of the play on the internet for a dollar.

Supposing, however, that I take the course, what will be the so-called key benefits to me? I will gain new insights, global perspectives, and leadership skills that will enable me to lead change, drive innovation, and sustain a competitive advantage. The program will have “accelerated my personal and professional growth.” (Is innovation driven, then, like sheep to market?)

With a bit more personal growth and professional development, he might have achieved great things instead of ending up a pathetic nonentity. As it was, poor old Napoleon had to live by his wits, with not even a diploma of business excellence from Harvard Business School to show for his efforts. How could he ever have expected to exert any leadership?

Enough of mockery. In reality, the world seems ever more filled with what the French call “langue de bois,” that wooden language in which apparatchiks of various apparats, governmental, academic, and commercial, put words to their lack of thoughts.

The Soviet Union may have fallen at the end of the Cold War, but it’s as if its cultural influence, shorn of Marxist-Leninist dogma, lives on.

The brochure of the Harvard Business School could have been written by that great prose stylist Leonid Brezhnev. The very concept of personal development isn’t so very far, after all, from that of the New Man, that is to say the “Homo sovieticus” who fits in perfectly with the party apparatus whose orders and interests he follows, while, at the same time, ruthlessly seeking his advancement in the hierarchy by use of the dark arts of undermining, denunciation, and back-stabbing, knowledge of which the Harvard Business School no doubt “accelerates.”

That’s real professional development for you.

Polysyllabic or high-sounding language to mean nothing—at least not in the ordinary sense of the word meaning—is nothing new. Dr. Samuel Johnson, in his great philosophical fable “The History of Rasselas, Prince of Abissinia,” published in 1759, described a philosopher who maintains that the best way to live is to live in accordance with nature.

But what is it to live in accordance with nature, Rasselas asks the philosopher? The philosopher explains, or at any rate says: “To live according to nature, is to act always with due regard to the fitness arising from the relations and qualities of causes and effects; to concur with the great and unchangeable scheme of universal felicity; to co-operate with the general disposition and tendency of the present system of things.”

During this disquisition, “The prince soon found that this [the philosopher] was one of the sages whom he should understand less as he heard him longer.”

No one, I think, who has sat through a meeting of bureaucrats—be they those of a commercial company, academe, or a government bureaucracy—will fail to recognize propositions that become less comprehensible the longer they are discussed.

Words, often of several syllables, swirl in the ether without ever condescending to fix themselves to concrete meaning or denotation.

Sentences, which are no more meaningful in the negative than in the affirmative, and whose negative indeed confers nothing to the mind different from the affirmative, are uttered with a gravity intended to suggest that something important is being said.

But it would be a mistake to suppose that just because the words and sentences uttered have no clear meaning, that they have no purpose. On the contrary, they have a very important purpose. The mastery of this kind of language is the managerial equivalent of freemasons’ ceremonies: it distinguishes the managers from the managed.

Again, let no one imagine that the mastery of such language is easy. It’s a skill that requires practice and determination to master. If you don’t believe me, try to talk it for five—no, for two—minutes.

The chances are that, try as you might, meaning will keep breaking into your attempts at managerial verbiage. For myself, I am too old now to learn how to use language that has been depleted of all meaning: not that I wish to do so, my personal and professional development have long been at an end.

Again, if I may be allowed a paradox, meaninglessness isn’t without meaning. To talk in verbiage is to commit yourself to nothing, to promise nothing, and therefore to prevent yourself from being held to anything. It, therefore, excludes nothing.

It facilitates, or is a disguise or smokescreen, for complete ruthlessness: for having uttered something without meaning, without any tether to concrete reality, you may do anything you like without breaking your word.

Where such language is used, there can be no trust, only suspicion, for no one utters anything to which he can be held. All that is left is a struggle for power, the achievement of which has come, ever since Nietzsche and his death of God, to seem the highest, even the only, good.