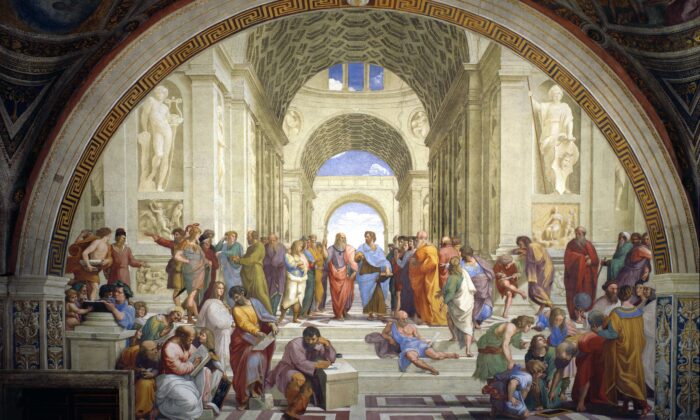 "The School of Athens" (1509–1510) by Raphael, a fresco depicting an idealized academy. (Public Domain)
Viewpoints 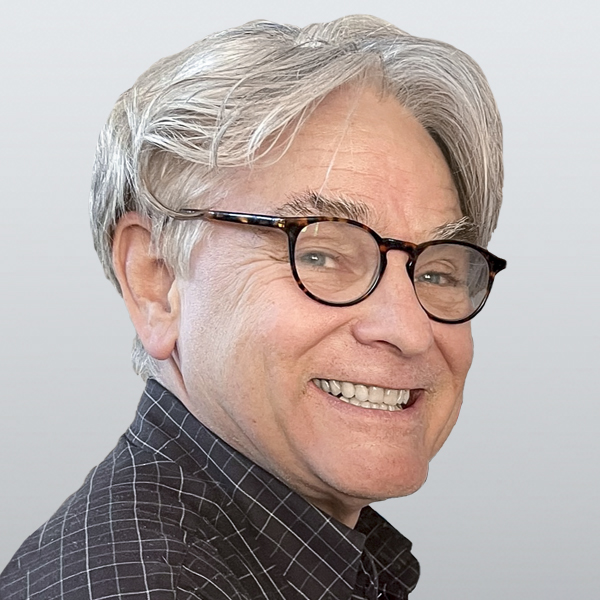 Historically, universities were institutions devoted to the pursuit of truth. It was a search guided by Socratic humility and Pascal’s dictum that “we know too much to be skeptics and too little to be dogmatists.” Contrary to romantic myths, there was never a time of cozy accord in university life, and academic disputations are well-known for their ferocity.

But until recent years, intellectual opponents could respectfully disagree. Professors believed in argumentation and disputation—what the Greeks called the dialectic—as the way to truth. Scholars kept in mind the Biblical injunction “Come, let us reason together.”

Professors engaged in civil debate, avoiding ad hominem attacks while recognizing superior reasoning and better evidence. Disagreements could, of course, be explosive. Nevertheless, there was a tacit agreement about intellectual norms, including the spirit of generosity. One listened respectfully to intellectual adversaries, conceding when they had a better argument or better evidence.

Western universities are currently suffering from a series of self-inflicted wounds that mock such old-fashioned liberality. Notable is the abandonment of objective truth and the growth of an enervating relativism that refuses to maintain distinctions of enduring worth. There is a narrowing of acceptable views and a rancorous intolerance for ideas that fail to conform to the prevailing orthodoxies.

The widespread embrace of a therapeutic education model has infantilized students by indulging them with “trigger warnings” and “safe spaces.” The arrival of a managerialist class of administrative busybodies undermines the university’s educative mission, while adding a costly burden to the taxpayer. The brazen commercializing of research labs has led to the predictable corruption of science.

Simultaneously, the misguided belief that university courses must be profitable from a business and industry perspective furthers the notion that the university’s primary function is preparing students for careers.

None of this is news. But the past decade has seen a militant turn toward making universities bastions of woke political correctness. The university’s quest for truth is now passé; its new mission is to seek “social justice,” an alarming development that threatens the university as never before.

In their book, “Cynical Theories: How Activist Scholarship Made Everything about Race, Gender, and Identity,” Helen Pluckrose and James Lindsay state the case baldly: “There is a problem that begins in our universities, and it comes down to Social Justice.”

The authors claim that the quest for social justice is leading universities to the precipice by a toxic admixture of postmodernism and the Old Testament righteousness of social justice warriors. Social justice has seeped from the campus into the broader society to become the culture wars’ driving force.

The authors believe that the secular, liberal, and democratic societies born of the Enlightenment are still the template to measure human prosperity and happiness. The well-being of democratic societies is intricately bound with the university’s fate. Ultimately, in defending the liberal university, one protects the core values and culture of liberal democracies, including “respect for the value of viewpoint diversity and honest debate [and] respect for evidence and reason.”

They state that “we have reached a point in history where liberalism and modernity at the heart of Western civilization are at great risk on the level of the ideas that sustain them.”

In brief, it is liberal democracy itself, not just the university, that is under siege by social justice activists.

How did we arrive at such a juncture? The problem arises from the fact that, according to Pluckrose and Lindsay, “the progressive left … rejects objective truth as a fantasy dreamed up by naive and/or arrogant Enlightenment thinkers who underestimated the collateral consequences of Modernity’s progress.”

The authors are scathing about the canons of social justice, particularly the Foucauldian insistence that all of history is reducible to power relations. Wherever we look, goes the argument, we encounter illicit power and oppression. Ultimately, any form of authority—including the intellectual kind—is illegitimate. Reason and science are nothing more than the daydreams of privileged white men who have used their position to maintain power and status. Likewise, the Western canon is merely the scribblings favored by the powerful to maintain their status and privilege.

The authors compare liberalism with the siren call of the social justice activist: “Liberalism respects people both as individuals and as members of the human race. It does not respect identities or collectives per se; it values the individual and the universal; the human and humanity.”

Pluckrose and Lindsay urge us to maintain a belief in liberalism and “stand up to something with a lot of power.”

At day’s end, the quest for social justice hasn’t produced liberally educated men and women but indoctrinated wokesters parroting banalities about racism, sexism, transphobia, Islamophobia, or other modes of oppression. Meanwhile, those who challenge or scorn such shibboleths are de-platformed or canceled. In the name of diversity, hiring committees ignore scholarly merit and hire candidates based on non-scholarly criteria such as race, ethnicity, or gender.

The university is at a weird juncture. In the name of social justice, everyone in the university community is on edge. Even distinguished professors know that their careers can be ended by a disgruntled undergraduate or a spiteful apparatchik. That professors are now answerable to undergraduates and bureaucrats is a sure sign that something is amiss.

The quest for social justice seems innocuous. After all, who can be opposed to justice? But social justice is no mere harmless diversion, but a subversive toppling of the university’s historic mission.

As Pluckrose and Lindsey urge, we need the courage to defend liberal values in scholarship, activism, and everyday life. This is a tall order given our cultural moment. But such nerve is necessary to save both the university and liberal civilization itself.