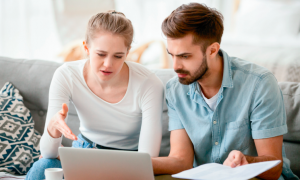 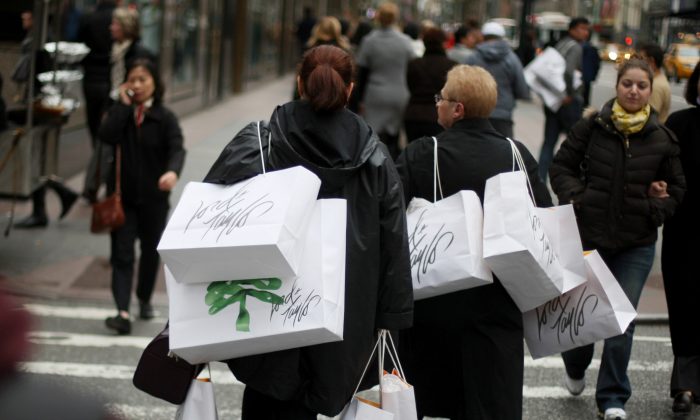 The Wise and Unwise Use of Credit Cards

Two credit-card-related items popped into my inbox within minutes of each other a few days ago.

One was Bloomberg’s report that credit card debt in America reached another record high—$870 billion. (Note: The Wall Street Journal says the total is slightly over $1 trillion. Either way, it’s a huge sum.) The other item was an invitation to me, as an economist, to respond to a new survey about credit card debt.

Let me state up front that credit cards can be very beneficial tools in one’s personal finances. They offer the convenience of not having to carry around large amounts of cash or even a clunky checkbook. Also, many of them offer rewards so that users who pay off their balance every month never pay a penny of interest, while racking up hundreds of dollars of rewards.

Unfortunately, many Americans use credit cards unwisely. This is indicated in item No. 1 on the survey I was asked to respond to: “More than six in 10 people say they would go into credit card debt for frivolous purchases. Why do you think that is, and what advice do you have for those people?”

My advice is simple: Don’t do it. The hard part for me is figuring out why anyone would want to pay exorbitant interest rates (an average of 16.4 percent) on “frivolous purchases.”

My first response was disbelief: How could over 60 percent of credit card holders be willing to do this to themselves? My second reaction was unkind: I wondered how people could be so stupid. My third thought was to wonder if some of these people are masochists. I even wondered if perhaps the survey question was widely misunderstood. Is it possible that a number of people thought that “frivolous” means something like “dire emergency” instead of its actual meaning of “having no serious value”?

Another possible explanation for people’s willingness to incur costly debt is apathy. Evidence of a blasé attitude about debt is manifest in item No. 3 in the survey: “More than one-third of people (36 percent) say they would do anything to get out of credit card debt. How dangerous is that mindset? Do you have any tips for people struggling with credit card debt?”

My response: Unless you interpret “do anything to get out of credit card debt” to include muggings and robberies, I commend those who desire so strongly to free themselves from costly credit card debt. This mindset is admirable, not dangerous. My concern isn’t for the 36 percent who have awakened to the merciless nature of credit card debt, but for the 64 percent of people who seem complacent about their debt. Do they not care that paying double-digit interest rates on credit card debt can blow a hole in their personal finances? Well, as the cliché goes, “It’s a free country”—they’re free to send their money to financial companies instead of buying more goods for themselves if they want to.

A Way of Life

Upon further reflection, I can think of two reasons why so many Americans don’t worry about debt, but instead, have a devil-may-care attitude about it. One is that debt has become a way of life in our society. The Protestant work ethic, with its central virtue of thrift and deferred gratification, is passe. The contemporary ethos is to satisfy your whims now and (maybe) figure out how to pay for it later.

Indeed, debt permeates the general atmosphere of thought. We constantly read of new records being set in the totals of government debt, corporate debt, auto loan debt, and student loan debt. There is nothing anomalous or unusual about credit card debt. Debt is ubiquitous—a warning sign for future financial turbulence because when the piper inevitably comes to be paid in an over-indebted society, the chain reactions get ugly fast.

Maybe some people don’t worry about credit card debt because they have affluent parents who will bail them out if their financial situation gets desperate enough. Or maybe they are waiting for their parents to die so they can use their bequest to pay off their debts.

The other reason why so many people in the survey seem so willing to take on debt and feel no urgency to pay it off may be that these individuals have no intention of paying off their debts. They may figure, “Well, Uncle Sam isn’t ever going to pay off his debts, so why should I pay off mine?” “When the debt gets big enough, I can just walk into bankruptcy court and get it wiped out.” Or, “I’ve borrowed money from rich, greedy corporations, so why should I repay them? They can afford it and they don’t deserve all that money anyhow.” (Gee, I wonder where they picked up those ideas?)

When Americans hear craven politicians trolling for votes by promising to cancel their college debt or give them valuable goods and services for free, it’s no wonder they get the message that it’s somehow unjust that people actually have to pay for what they consume. It’s not unreasonable speculation that if politicians are willing to cancel the debts of one class of citizens—college students—then canceling credit card debts could be in play, too.

What we are faced with here is a moral crisis. The respect for private property that traditionally has undergirded Americans’ belief that debts are to be honored has weakened greatly. It seems that a sizable number of Americans are willing to walk away from their debts. They see the repudiation of debts they contracted for not as an act of dishonor, but of simple expediency and, in some of the more warped cases, as a form of social justice.

This lack of respect for the property of others is the same selfish immorality that animates the current drive toward socialism. Whatever form this disregard of property rights takes, it poses a threat to the economic wellbeing of all of us.