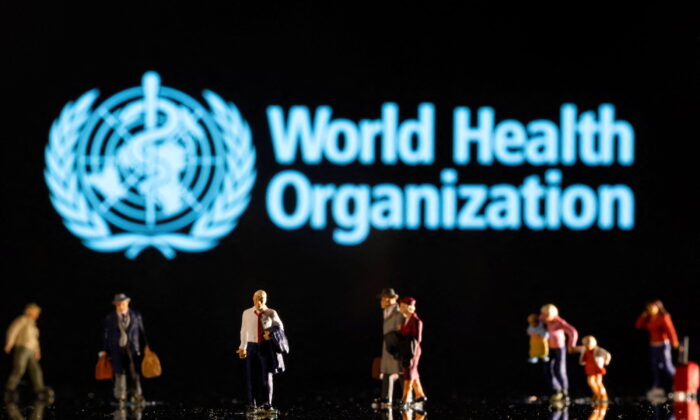 Small figurines are seen in front of the World Health Organization logo in this illustration taken on Febr. 11, 2022. (Dado Ruvic/Reuters)
Viewpoints

The WHO’s Reckless Disregard for Truth 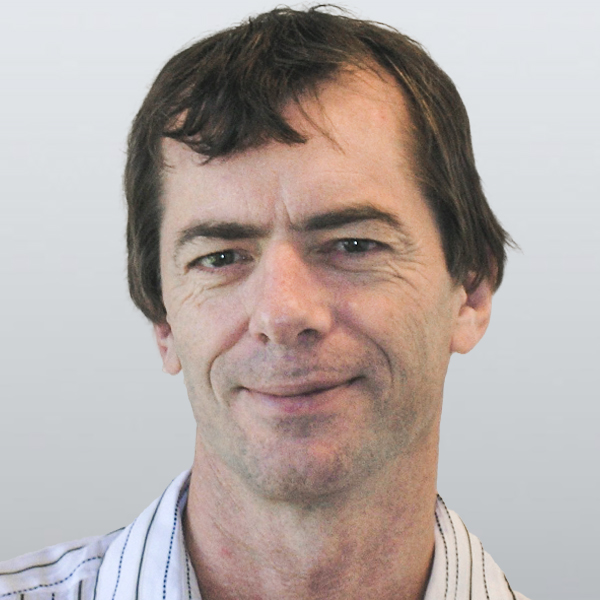 Public health relies on trust. Advertising relies on twisting the truth, even deceiving people to persuade them to buy a product they may not need. Trust is maintained by telling the truth, and giving others accurate information and sound advice. If inclined, you can change direction, trading on trust that you have built in order to deceive more effectively.

This works until the audience starts to understand that you have started lying. It’s the worst sort of deceit. The World Health Organization (WHO) has adopted this latter course, using its former status to deceive the public in order to increase global uptake of COVID-19 vaccines.

On July 22, the WHO’s media office issued a statement summarizing an update to its global COVID-19 vaccination strategy. This strategy requires the highest annual budget of any single program in the WHO’s history; $10.1 billion was budgeted for 2021, about three times the previous total annual expenditure of the entire organization.

With $3 billion accrued, the WHO is seeking the shortfall and wants to expand this through 2022. This bill is mainly footed by taxpayers in the ailing economies of the West.

COVID-19 remains a minor health burden in the countries on the receiving end, while malnutrition and other infectious diseases are rising. The strategy is therefore important to both sides, as it will harm both.

The Fallacy of Need

The strategy outlined in the statement calls for vaccination of 70 percent of people in low- and middle-income countries, “to achieve durable, broadly protective immunity.” This only makes sense if the populations on the receiving end aren’t already immune. To claim this, WHO must ignore its own work showing high rates of post-infection immunity in low-income countries.

A study by WHO personnel estimated a large majority of Africans had antibodies against COVID-19 by September 2021, which means actual immunity, mediated mainly by T-cells, will be much higher. This study was performed prior to the highly transmissible Omicron variant added to this number. India data are similar.

Post-infection (“natural”) immunity produces clinical protection to COVID-19 at least as broad and more sustained than that produced through vaccination (Ref, Ref, Ref, Ref, Ref). The WHO also is aware that vaccination added to natural immunity adds minimal clinical benefit (well demonstrated in the chart from the Centers for Disease Control and Prevention below).

When the WHO states that only “28 percent of old people and 37 percent of health workers” in low-income countries have received COVID-19 vaccines, and fewer in the general population, they know that nearly all the unvaccinated also have effective immunity.

The WHO wishes to spend this unprecedented budget on mass vaccination of an immune population.

The statement claims that “in the first year of rollouts, COVID-19 vaccines are estimated to have saved 19.8 million lives.” This number makes no sense.

The WHO previously published that only 14.9 million excess deaths occurred across two years of the COVID-19 outbreak of 2020–2021. These include deaths due to SARS-CoV-2 infection, and those due to lockdowns and other response measures. COVID-19 was endemic across all continents by the end of 2020, in the absence of vaccination.

Ignoring its own data, the WHO derives its “19.8 million saved” from flawed Imperial College London modeling.

To start to understand how many people COVID-19 really killed pre-vaccination, these excess non-COVID-19 deaths within the 14.9 million must be extrapolated to Africa and include rising deaths from diseases such as malaria, tuberculosis, and malnutrition.

Many pre-vaccination deaths were, therefore, likely related to the response, not the disease. The WHO wants us to believe that the vaccine saved several-fold more lives in 2021 than could possibly have died from COVID-19 when immunity was at its lowest throughout 2020.

We must believe this, despite most Asian and African countries only establishing significant vaccination rates in mid- to late-2021, by which time most people had already been infected.

Stating implausible modeling outputs as fact when they’re contradicted by the WHO’s own data isn’t a nuance. It constitutes deliberate misrepresentation of the program’s potential impact. It’s an attempt to mislead public health authorities, the public, and the media.

The WHO should explain why.

“Vaccinating all those most at risk is the single best way to save lives, protect health systems and keep societies and economies open,” the WHO media department states as the basis for mass vaccination, while admitting that COVID-19 vaccines “have not substantially reduced transmission.”

Indeed, countries with the current highest transmission rates, such as New Zealand, are among the most vaccinated. If a vaccine doesn’t reduce transmission, and severe COVID-19 is concentrated in a small segment of the sick and elderly (it is), then mass vaccination of already-immune people can’t have an influence on “keeping society open.” This is achieved by not closing it.

This resembles false advertising of a commodity that an advertising agency is paid to promote, rather than a reasoned explanation of a public health strategy.

Significant WHO funders will be enriched by this program through the procurement of billions of vaccine doses, so not everyone loses. The targeted “under-vaccinated” populations in Africa and Asia record less, not more, deaths from COVID-19. They are younger, less obese, and therefore less susceptible. They die of other diseases, and currently face collapsing food supplies and growing poverty due in large part to the lockdown policies that the WHO continues to support.

The WHO needs to explain why health equity has become less important than achieving equal injection rates of the pharmaceuticals that the major WHO sponsors have invested in.

The data in the WHO’s possession show this unprecedentedly expensive program can have little positive impact on health. By diverting attention and resources from areas of true health need, the WHO will further increase mortality. Doing this by deceiving the public and ignoring its own data is a poor strategy.

It’s time the WHO explained what it’s doing. While seeking greater powers to declare and manage future disease outbreaks, it’s demonstrating that the organization is unfit for that purpose. This unfitness won’t be remedied by more funding or expertise, because it stems from the WHO’s abandonment of its core constituency and its reckless disregard for the truth.