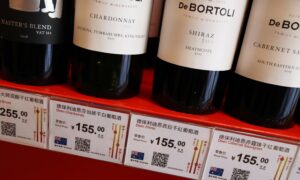 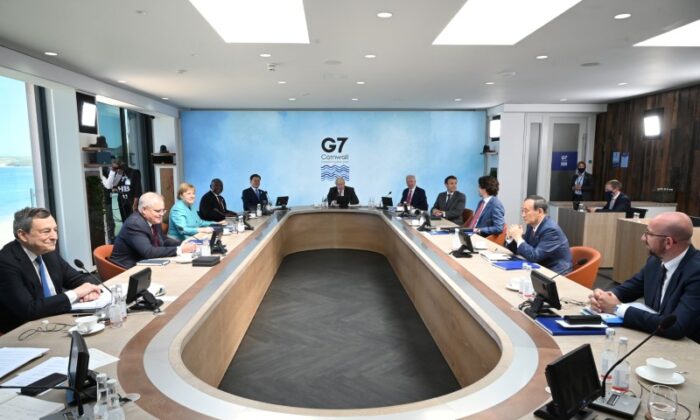 The West Is Strategically Reorganizing to Fight Communist China

Recently, three major summits in the Western world—those of the G-7 (Group of Seven), NATO, and the U.S.–EU—have been held back-to-back, highlighting a significant strategic shift to confront the systemic threats posed by the Chinese Communist Party (CCP). If 2020 was a year marked by a pandemic ravaging the world and the emergence of a new Cold War between the United States and China, 2021 will be one in which a strategic reorganization is being forged in the West to fight communist China.

Since the start of 2021, the CCP has become more bluntly assertive in advancing its global ambitions—by confronting the United States for hegemony at the United Nations, proclaiming that “time and momentum” is on its side and that “the East is rising and the West is declining,” and behaving in an increasingly more belligerent manner through its so-called “wolf warrior” diplomacy. The CCP’s assertive rhetoric and behavior have greatly accelerated the formation of a consensus among Western countries to counter its ambition to dominate the world, prompting the West to begin a comprehensive strategic reorganization toward Beijing.

On June 10, the New Atlantic Charter was signed by President Joe Biden and UK Prime Minister Boris Johnson, pledging to work together to defend democracy and the rules-based international order.

This was immediately followed by the communiqués issued at the G-7 summit on the June 13, the NATO summit on June 14, and the U.S.–EU summit on June 15, outlining the main framework for the strategic reorganization to confront the major threats posed by the CCP.

Since early 2021, the CCP’s military provocations in the Taiwan Strait have increased significantly, and so has the risk of war in the region. Led by the United States, Western countries have repeatedly spoken out jointly in response and have strengthened their military presence in the Taiwan Strait, East China Sea, South China Sea, and Indo-Pacific to contain the CCP’s military adventures.

The G-7, NATO, and the U.S.–EU summits held just a week ago, plus the U.S.–Japan summit on April 16, the U.S.–South Korea summit on May 21, the Japan–Europe summit on May 27, and the Japan–Australia 2+2 talks on June 9, all raised the Taiwan Strait issue and reaffirmed the importance of peace and stability in the region. The strategic pressure from the CCP to wage war against democratic Taiwan has increased as never before. This indicates that the Taiwan issue has now risen to the level of a weather vane shaping the evolution of the global strategic landscape.

‘Systemic Challenges’ to the West

In its communiqué, NATO listed the CCP as a systemic threat for the first time, saying that its overt “ambitions and assertive behavior present systemic challenges to the rules-based international order and to areas relevant to Alliance security.”

NATO Secretary General Jens Stoltenberg called the summit a “crucial moment” for the organization, calling on member countries to confront the rise of China.

While urging NATO to revamp its strategic approach to confront the Chinese communist threat, the United States is also promoting the Indo-Pacific Strategy, or the Quad, and strengthening the U.S.–Japan and U.S.–South Korea military alliance. This indicates that the military coalition among democratic countries is deepening.

The West has to deal with not only the CCP’s military provocations but also its economic and technological challenges. In order to ensure that the CCP does not use various illicit means to overtake the West while the world undergoes a digital transformation, it is necessary to strengthen coordination and integration based on shared values, as stated in the joint statement (pdf) of the U.S.–EU Summit: “We resolve to drive digital transformation that spurs trade and investment, strengthens our technological and industrial leadership, boosts innovation, and protects and promotes critical and emerging technologies and infrastructure. We plan to cooperate on the development and deployment of new technologies based on our shared democratic values, including respect for human rights, and that encourages compatible standards and regulations.”

In addition, the statement said, “To kick-start this positive agenda and to provide an effective platform for cooperation, we establish a high-level EU–U.S. Trade and Technology Council (TTC).”

In this regard, several positive developments have already taken place during the recent summits. For example, the United States and the European Union reached an agreement to stop the long-standing punitive trade tariffs over the Airbus–Boeing dispute, and agreed to confront “non-market economy countries.” Meanwhile, Canada and the EU also launched a new partnership to secure supply chains for critical minerals and reduce reliance on China.

Since the CCP launched its global infrastructure development strategy through the “Belt and Road Initiative” (BRI, also known as One Belt, One Road) in 2013, many countries have been mired in debt and corruption. The G-7 summit agreed to launch a new global infrastructure initiative called Build Back Better World (B3W), a major-democracies-led, high-standard, value-driven, transparent infrastructure partnership to help narrow the financial gap in the over $40 trillion infrastructure need in developing countries. This was the first strategic response from the West to the CCP’s BRI.

Irreconcilable Differences Between Authoritarianism and Democracy

The irreconcilable difference between the CCP’s authoritarian ideology and democratic values must lead to a fundamental confrontation between the CCP and the West.

On June 15, European Commission President Ursula von der Leyen said that China’s record on human rights is the main issue that divides the EU from Beijing and makes the communist regime a systemic rival for the democratic bloc.

For his part, Australian Prime Minister Scott Morrison has said that the worldview differences between Australia and the CCP may never be resolved.

The CCP’s long history of gross human rights abuses is a direct result of its communist ideology. In the U.S.–EU summit communiqué, it states: “We intend to closely consult and cooperate on the full range of issues in the framework of our respective similar multi-faceted approaches to China … We intend to continue coordinating on our shared concerns, including ongoing human rights violations in Xinjiang and Tibet; the erosion of autonomy and democratic processes in Hong Kong; economic coercion; disinformation campaigns; and regional security issues. We remain seriously concerned about the situation in the East and South China Seas and strongly oppose any unilateral attempts to change the status quo and increase tensions … We underscore the importance of peace and stability across the Taiwan Strait.”

In this regard, there have been several developments so far this year. For example, on March 22, the EU, in a coordinated move with the United States, imposed sanctions on the CCP for the first time since the 1989 Tiananmen Square Massacre for massive human rights violations in Xinjiang.

As another example, Japan, after cautiously maintaining its relationship with the communist regime for decades, has recently become increasingly critical of the CCP, its top trading partner. In a telephone conversation held on April 5, Japan’s foreign minister Toshimitsu Motegi clashed with his Chinese counterpart over a range of issues, including the human rights situation in Xinjiang and Beijing’s repressive activities in Hong Kong.

And at these recent summits, at least two things indicate a trend toward joint Western action against the CCP’s bad deeds. First, the Western leaders’ support for the U.S.-driven reinvestigation into the origins of COVID-19, calling on the World Health Organization to conduct a new, transparent probe into the origin of the virus free from Chinese communist interference. And secondly, Australian Prime Minister Scott Morrison, who attended the G-7 summit in Cornwall as an invited guest, said that Australia has won strong support from the leaders of G-7 nations in the fight against the expansion of Chinese communist influence in his country.

At present, the West still has a three-pronged position—“cooperation, competition, and systemic rivalry”—toward the CCP. This shows that the West still has certain illusions and scruples about the communist regime, and has not yet fully realized the CCP’s true nature. Any wishful thinking of “cooperation” will be taken advantage of and treated with contempt by the CCP. If you have any doubt, just take a look at what Chinese Foreign Ministry spokesman Zhao Lijian said at a regular press conference on June 16: “The U.S. and Europe have put forward the so-called three-faceted approach of ‘cooperation, competition, and systemic rivalry’ toward China, which in essence means that they want to harm China’s interests and take advantage of China at the same time. Those who believe in and advocate such arguments either have problems with their own intelligence or they underestimate the intelligence of the Chinese,” according to the Chinese news portal Sina.

Obviously, the ongoing strategic reorganization in the West has its positive significance, but it needs to come to a better understanding of the true nature of the CCP, otherwise, the West will inevitably continue to be exploited by the communist regime.