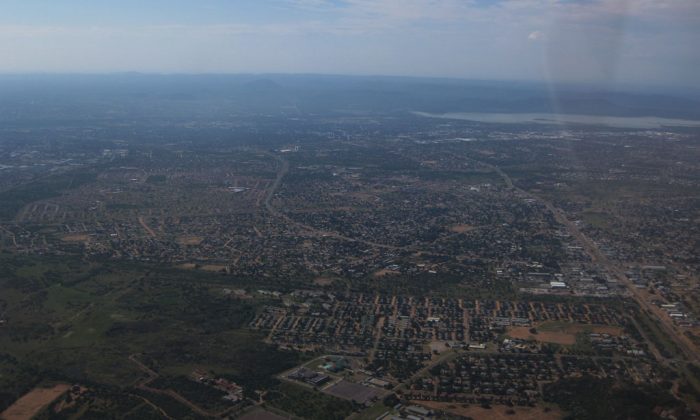 Politics is a language game: in any given context, who gets what, when and how invariably depends on how things with no ‘essential’ or ‘naturally given’ meaning come to be defined, categorized and named. Briefly in Botswana for talks, and to learn more about its uniquely African-style democracy, my senses quickly tune in to the local political vernaculars. Fascinated, scribbling field notes, I share good conversations, watch television and paw through the lively local newspapers, where shortly after my arrival in Gaborone I come across reports of a remarkable speech by a government minister, on the subject of terrorism.

Among the few successful and sophisticated democracies on the African continent, Botswana is in the early throes of an exceptionally feverish general election campaign. The great day of choosing is less than two months away, and some observers are predicting heaps of disaffected protest voting, and even a hung parliament. If that happens, it would signal the end of an unbroken half-century of rule by the dominant Botswana Democratic Party (BDP) first led by Sir Seretse Khama, and now by his son, Ian Seretse Khama. Like the ANC and other African counterparts, the BDP is a well-oiled political machine. Well-entrenched patronage and an antiquated first-past-the-post voting system (inherited from the British) work firmly in its favour. Yet the current leadership of the BDP shows signs of being rattled. Unsurprisingly, organised attempts to trope their way to yet another victory are being rolled out.

Which brings me to Gaborone’s Daily News (26th August). The government-funded newspaper leads with Ms Botlogile Tshireletso, Assistant Minister of Local Government and Rural Development, who trumpets the way her Botswana government is ‘working around the clock to prevent acts of terrorism’. Every citizen of Botswana, she says, should ‘guard themselves so that they do not become victims’. Addressing a local public meeting (known here as a kgotla council) in the central town of Mahalapye, her own turf, the good government minister goes on to define ‘acts of terrorism’ as ‘human trafficking, illicit fire arms and drug trafficking’. For good measure, she throws in ‘brothel services’ as well.

By global standards, her definition is generous, to put it mildly. But wait. Much more is to come, not least because Ms Tshireletso shies away from defining with precision her pet term ‘terrorism’. If the minister had done so, she would’ve been forced to admit that the word terrorism, strictly defined, once referred to any attempted exercise of power by a few over the many using terror: threats of violence designed to frighten victims out of their wits, into submission.

Ms Tshireletso declines such semantic niceties, for her way of playing high-level politics with language is typical of our times. Especially since September 2011, pushed along by successive American presidents and their coalitions of willing allies, the nine-letter signifier has become a weasel word. Terrorism has come to mean whatever governments and their spokespeople choose it to mean. Several years ago, for a brief period, their public usage of the word seemed to wane. But for various reasons, including the will to win elections, Muslim baiting and the disastrous uncivil war now raging in the Middle East, the word is making a global comeback, with a vengeance, even here in peaceful and democratic Botswana.

Democrats everywhere should be worried, simply because the spreading talk of terrorism nurtures strangely paradoxical effects. For more than a decade, a word that rightly describes a profoundly anti-democratic phenomenon has itself become an anti-democratic word. A rough equivalent of the word ‘communism’ a generation ago, the term terrorism has weasel qualities, a signifier with predatory intentions.

Just like the weasel that sucks dry the eggs of other creatures, the weasel word terrorism robs life from meaningful political discourse. When wielded indiscriminately, it puts an end to conversations. It suspends doubt and smacks of self-righteous certainty. Accused of terrorism, individuals and whole groups of people should shudder. They’re in trouble. Finger pointing and ostracism will certainly come their way. Arbitrary arrest, imprisonment and death by drone violence may be their fate.

Most remarkable in this context is the way the weasel word terrorism colonises areas of life in which it doesn’t belong. Its obscene beauty, we could say, lies in its combined precision and vagueness: the word masters the art of equivocation. It’s a living contradiction that refuses to be contradicted; anyone who disagrees with its use incurs the suspicion of being unreasonable, merely because they dissent. The word is a friend of tergiversation. It has an unlimited capacity to charm its doubters, magnetise its supporters, to justify what might otherwise not be justifiable, to do exceptional things (impose states of emergency, raise airport security levels to ‘severe’, torture, imprison with trial) simply by calling things by their improper name.

In her Mahalapye speech, Ms Tshireletso shows how it’s done, in such a stylishly perverse way that even clever weasels would be impressed. Her aim is to win an election by redefining Botswana as a target of terrorism. This she does by testing the elasticity of an already-stretched word, pushing its hollowed-out meaning to the limits of intelligibility. Never mind that Botswana is a remarkably civil country, with very low crime rates by global standards. Disregard the fact that it has no history of military meddling in civil affairs or cooked-up tribal violence. Forget comparisons with the criminal butchery, enforced re-settlements and thuggish gangs (chipangano) of neighbouring Zimbabwe. The citizens of Botswana, the good minister insists, must remember not to delude themselves. They need to be vigilant. Caution is a duty, in every situation, especially when ‘looking for employment opportunities’.

Did Ms Tshireletso mean that citizens should be on the lookout for terrorists lurking within government departments, or church-based NGOs, or municipal schools, or cricket, football and other sporting leagues? She didn’t explain. But what she did say is that the republic of Botswana sits on soil riddled with tunnels of terrorism. When citizens take steps to ‘further their education’, they should stay fully alert. Their terrorism detectors, she added, must at all times be switched on, even when ‘looking for marriage partners through the use of social media’.

Ms Tshireletso didn’t exactly pronounce a prohibition on digital dating but that, absurdly, is what her speech implied. That’s the way weasel words work: they destroy common sense by weaseling their way into situations where most definitely they don’t belong. Since the Internet is thick with terrorist thieves, the minister hinted, new questions should be tabled, and taken seriously: do citizens who meet and communicate online unwittingly hold hands with terrorists? Is a comment on Facebook potentially an act of terrorism? Dancing and petting its blind accomplice? Kissing and making love its consummation?

Predictably, the Daily News report cuts out at this point, leaving readers in the arms of a weasel word that tempts their political imaginations to run wild, into the land of nonsense. Can BDP talk of terrorism help win an election, as it did for George W. Bush in the United States in 2004? We’re going to see. Nothing is certain, which is how a fair and free election should be. During the next few weeks, much will depend on whether discerning Botswana citizens see that the slippery language of terrorism can fall into the wrong hands, misused by the self-appointed opponents of terrorism to weasel their way into citizens’ lives, to pull wool over their eyes, in effect terrorising them softly into submission, so confirming the maxim that in politics words are just as powerful as votes, or money, or guns.

John Keane is a professor of politics at the University of Sydney, Australia. This article was previously published on TheConversation.com