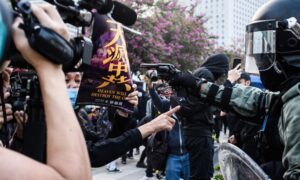 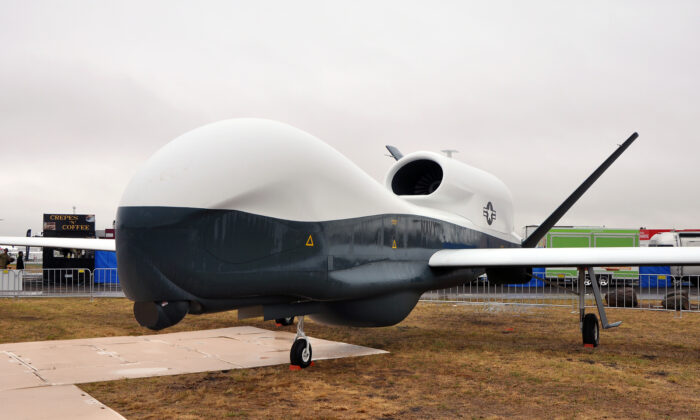 WASHINGTON—The Pacific forces of the United States and its allies face their greatest threat since the Soviet Union. That threat comes from China, which has undermined the U.S.-backed global order for 20 years. But the United States is under-equipped for great powers competition, analysts said on Dec. 13 at the Hudson Institute. In the Western Pacific, in particular, the United States isn’t ready.

In the past two decades, China has transformed its military from a weak and limited force into one that can project power abroad. One expert gave an example of how weak its military was 10 years ago. “Their flyers did not fly at night,” said Bryan McGrath, a former naval officer and head of defense consultancy FerryBridge Group.

The Nature of the Threat

Experts weighed in on the nature of the war that could break out in the South China Sea.

“General Secretary Xi Jinping does not fear conflict,” said Seth Cropsey, senior fellow and director of the Center for American Seapower at the Hudson Institute. “He worries about a prolonged confrontation with the U.S. and its allies.”

Therefore, in a region of strategic maritime chokeholds, “any conflict China fights must be “short, intense, decisive,” Cropsey said.

The United States must therefore be ready for conflict of this nature. The key to maintaining superiority over China is intelligence, surveillance, reconnaissance, and targeting, commonly known as ISRT, experts said during the panel discussion.

In all four aspects, McGrath and Cropsey made the case that the United States is deficient in resources to react to a threat in the South China Sea in a timely manner, should one arise.

Referring to the 30 million square miles that U.S. Navy ISRT needs to cover, Cropsey said, “the sea is big and old.”

US Strategy to Combat the Threat

The 2018 National Defense Strategy relied heavily on one tactic in particular, analysts said.

That tactic is to move U.S. naval posture from one of conventional deterrence to one of deterrence by denial.

As the 14-page strategy summary stated, the idea is to “compete more effectively below the level of armed conflict; delay, degrade, or deny adversary aggression.”

Denial ensures that forces that are present are sufficiently lethal to keep the opponent from aggression in the first place, the analysts said.

“Because there are so many possible points of aggression from the Chinese mainland where so much could be done by China, this decision of the Trump administration to change [the naval posture] was very smart,” said McGrath.

Essential Requirements for the Strategy

But the strategy can’t be implemented without more ISRT assets, weapons, and “a way to link all of that together.”

“China cannot strike from a standing start,” said McGrath. Therefore, were China to attempt an offensive on Taiwan, a U.S. ally, “with enough warning, the U.S. can increase the costs” for China.

But for this, ISRT feedback is crucial.

Despite the need, however, U.S. maritime intel, surveillance, reconnaissance, and targeting capabilities are so hollowed out that the lack of coordination and development is evident, according to the panel.

The money has been spent to get the weapons needed, but there isn’t sufficient ISRT to support the weapons. The underlying problem is that neither the Navy nor the Department of Defense has done enough to centralize procurement, with the result that no one knows what the Navy ISRT needs are in the Western Pacific.

The core technology and major platform that is supposed to provide the Navy’s capabilities is the Northrop Grumman MQ-4C Triton unmanned aircraft system (UAS).

According to Northrop Grumman’s website, the MQ-4C provides “real-time ISR over vast ocean and coastal regions.”

The company states that the system is “based on the proven Global Hawk UAS,” and is built to allow the aircraft “to descend and ascend through harsh maritime weather environments to gain a closer view of ships and other targets at sea when needed.”

Northrop Grumman states that the aircraft can exceed 24 hours in the air over a range of 8,200 nautical miles, while flying higher than 50,000 feet when necessary.

The Hudson analysts find one major problem with the program, however.

“The Navy’s program of record calls for 68 aircraft to be fielded,” stated Northrop Grumman.

However, only 20 are to be operational worldwide at any one time. Flying five orbits of four planes apiece, McGrath called into question the effectiveness of the program to cover just the South China Sea, much less key areas in the rest of the world, such as in the Middle East and in support of NATO operations.

His conclusion? “The MQ-4C buy is incredibly insufficient.”