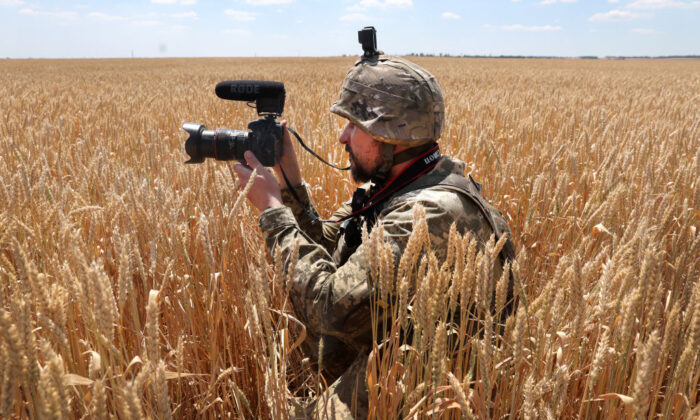 A Ukrainian military journalist takes cover in a wheat field as he captures video while a tank team with the 14th Mechanized Brigade of Prince Roman the Great fire on an enemy position in the Donetsk District, Ukraine, on July 1, 2022. (Scott Olson/Getty Images)
Viewpoints

The War in Ukraine: A Challenge for the Global Economy 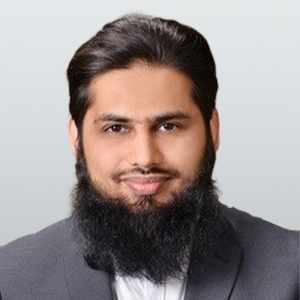 In the Washington Post, Julian Lee reports that the United States, the United Kingdom, and Canada “have announced bans on Russian oil, while the European Union plans to ban seaborne imports of Russian crude by December and refined fuels by early 2023.”

Lee also notes that “the Group of Seven most industrialized countries agreed … to implement a price cap for global purchases of Russian oil.” The price cap might make it difficult for Russia to finance its war in Ukraine.

“The price cap is specifically designed to reduce Russian revenues and Russia’s ability to fund its war of aggression whilst limiting the impact of Russia’s war on global energy prices, particularly for low and middle-income countries,” the G7 finance ministers said.

However, Russia has since responded by threatening to cut oil supplies to countries that impose price caps.

“Companies that impose a price cap will not be among the recipients of Russian oil,” Kremlin spokesman Dmitry Peskov announced.

The price cap aims to control energy prices’ spiralling costs, thereby reducing the worrying inflationary pressures. But it could be expected that the G7 decision to cap the price of Russian oil will make the humanitarian response to the crisis caused by the war more difficult, especially if the international community fails to carefully consider the adverse effects of the cap on the countries, most affected by this decision.

In this context, it could be expected that energy would become a luxury product if Russia were to suspend or stop its supply of oil.

In 2021, Russia’s share of the export of mineral fuel reached 8.3 percent of the general world volume, making Russia one of the most prominent exporters of oil and gas in the world. Russia is also the key metals supplier, including copper, nickel, palladium, and aluminium.

The Russian response to the European cap will likely further slow down the world’s economy, which desperately seeks to avoid a recession in the next 12 months.

In its July report, the International Monetary Fund (IMF) has reduced its 2022 GDP growth projections for 2023, ominously describing the world’s economic outlook as “gloomy and more uncertain.”

Specifically, the IMF predicts a slowing of growth “from 6.1 percent last year to 3.2 percent in 2022, 0.4 percentage points lower than in the April 2022 World Economic Outlook.”

The report also indicates that the Chinese “lockdowns and the deepening real estate crisis have led growth to be revised down by 1.1 percentage points.”

The impact of the war in Ukraine is also aggravated by the vulnerability of most countries to existing pre-war risks, including new vaccine-resistant and highly contagious COVID-19 variants. In early 2022, countries around the world cautiously implemented policies to recover from the COVID-19 pandemic, but this process was brutally interrupted by the war in Ukraine.

For example, the United Nations Development Programme, commenting on the disastrous impact of the war in Ukraine on the world’s economy, has reported that the Middle East “is heavily dependent on Russia and Ukraine’s wheat, corn and sunflower oil. Egypt, the region’s largest country, imports 80 percent of its wheat. The International Monetary Fund says inflation in the region is running at nearly 15 percent.”

There is a real threat of increased poverty, and famine throughout the developing world because of Ukraine’s extreme economic vulnerability if the war escalates. This scenario may well inflict deep social and economic suffering on future generations, especially in developing countries.

Is a Prosperous Global Economy a Thing of the Past?

The war in Ukraine has affected the production and transportation of agricultural products. These difficulties, higher energy prices, “as well as lingering supply-demand imbalances,” could reduce Ukraine’s funding, from public and private sources, for national development projects.

Russia and Ukraine used to be the primary exporters of wheat, and the two countries provided 14.7 percent of the world’s wheat production in 2021.

“Following more than two years of pandemic, spillovers from the Russian Federation’s invasion of Ukraine are set to sharply hasten the deceleration of global economic activity, which is now expected to slow to 2.9 percent in 2022. The war in Ukraine is leading to high commodity prices, adding to supply disruptions, increasing food insecurity and poverty, exacerbating inflation, contributing to tighter financial conditions, magnifying financial vulnerability, and heightening policy uncertainty.”

Russia’s invasion of Ukraine has certainly exacerbated the global economic outlook. This is mainly a consequence of higher energy prices and continuing commodity price pressure. National economies will thus likely be affected by energy and commodity supply abnormalities.

As the deteriorating economic outlook will affect consumer and business confidence, a buoyant economy cannot be expected for some time.

This gloomy economic outlook poses a severe threat to global peace and development.

Although strong and stable international cooperation is thus needed to respond effectively to these challenges, it is debatable whether bans on Russian oil and the decision of the G7 to implement a price cap for the international purchases of Russian oil are best designed to achieve an easing of the current economic conditions in the world.

Kashan Pirzada
Follow
Kashan Pirzada is an associate professor of accounting at Tunku Puteri Intan Safinaz School of Accountancy (TISSA). He served as an Associate Fellow of the Asian Research Institute for Corporate Governance (ARICG) and senior researcher at the University of Malaya. He is the recipient of the University Utara Malaysia excellence service award in 2020.