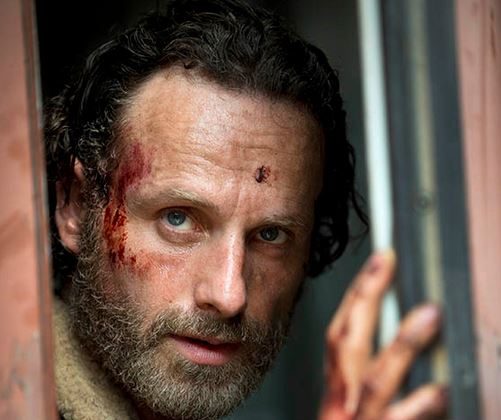 The Walking Dead season 5 is currently being filmed and the latest spoilers indicate that Rick and his group succeed in escaping Terminus and hole up at a hospital.

While it’s likely that part of the group will eventually escape, it appears that some may escape sooner than later.

The Spoiling Dead Fans, which gathers spoilers from Georgia residents who spot filming taking place across the state, posted photos of a hospital.

The photos followed another spoiler about a “popular AMC show” that is currently being filmed and are in need of an “old model sonogram machine,” according to the page.

“While they do not state which show it’s for, they do state ‘around Atlanta’ and they will rent the machine for the days needed during the episode filming.”

The page had also previously obtained other photos of the hospital that shows a green army tent set up outside.

If it’s not Rick and part of his group at the hospital, then it may involve Carol and Tyreese or Beth.

As of the end of season 4, Carol and Tyreese–and baby Judith–were on the train tracks headed to Terminus, but some rumors indicate that they will not make it there and will instead be warned of the place.

Beth, meanwhile, vanished during the middle of season 4, seemingly taken by someone with a car that has a cross on the back.

She may be under the care of Father Gabriel, or in another type of situation.

Season 5 is slated to premiere in October.