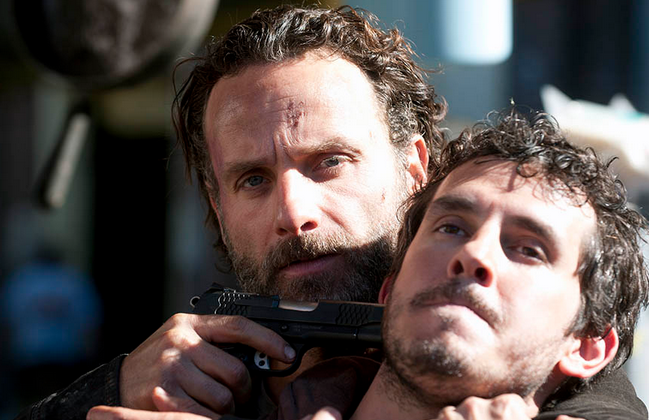 The Walking Dead Season 5 Spoilers: New Character With One Leg to be Introduced

A new character that will ally with Rick and Rick’s group will be introduced in season 5 of The Walking Dead, which is currently in production.

The group is stuck in a boxcar at Terminus as of the season 4 finale.

Entertainment Weekly obtained some spoilers and let them loose on Monday.

“Our gang may have been in a tight-spot when we last left them, but Rick and Co. are going to be recruiting as many people as possible in order to get revenge on those man-eating freaks who run Terminus,” it divulged.

“One of the allies we’re most excited to meet is 17-year-old Burton. He may be young, but he’s already suffered great tragedy when lost his leg. Luckily Burton does not let his disability keep him down, and his positivity is infectious to everyone else around him.”

Filming for season 5 was set to begin in the middle of this month as cast members were returning to Atlanta to prepare.

The first half of the season or so is going to take place in and around Terminus, while the rest is mostly unknown at this point–but may include the start of a trip to Washington, D.C. to try to solve the crisis.

After the group escapes Terminus (which is speculation but the story needs to move on at some point) Negan could be introduced, series creator Robert Kirkman revealed recently.