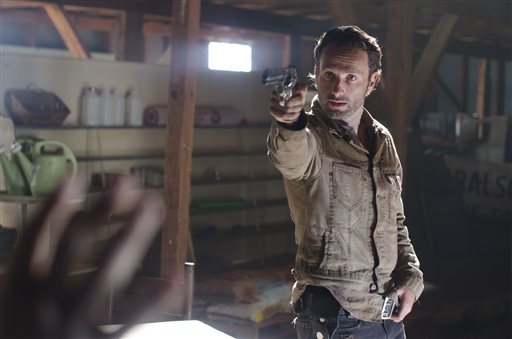 This image released by AMC shows Andrew Lincoln in a scene from "The Walking Dead." (AP Photo/AMC, Gene Page)
Entertainment

Former University of Georgia football player-turn-actor, Chase Vasser, was mistaken by fans who though he was announcing his appearance on the upcoming season of “The Walking Dead.”

“My #ZombieKiller and #NotDyingEasily tweet was about my new film I’m doing were I’m a Vampire fighting Zombies, not a Walking Dead Spoiler,” Vasser tweeted on the weekend.

According to Comic Book, Vasser tweeted in April about his role in the series. “It’s Official! Tune in on Oct 13th on AMC for The Walking Dead! #cannibaltwist,” he was said to tweet, although that post has since been removed.

Vasser was then accused of leaking spoilers for the show, and so he defended his release of information.

“I didn’t leak any spoilers for the show, all my tweets are about other projects!” he said.

Although it’s still unknown if Vasser will make an appearance on the show, Executive producer of “The Walking Dead,” Gale Anne Hurd said that the tweet was fraudulent. “He was never cast on the show. Made it all up,” Hurd wrote.