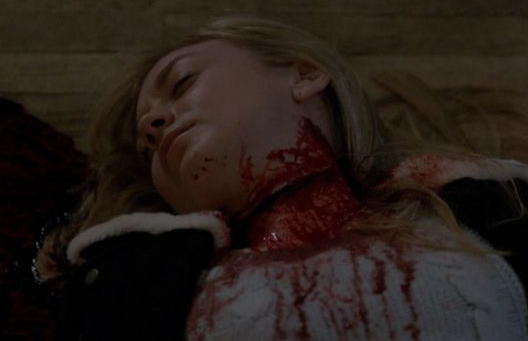 One of the photos that shows Emily Kenney, who plays Beth on The Walking Dead, dying in a guest appearance on The Following.
Entertainment

Photos that allegedly show Beth dying on The Walking Dead are a hoax.

Beth was abducted by someone in a car after she and Daryl had to split up for a short time as she escaped from the house they were in and he killed a bunch of walkers.

Daryl ran outside only to see Beth’s bag on the ground and an unknown car, with a cross on the back window, taking off down the road.

Since then, people have been left wondering about Beth’s fate, just as she and Daryl had become close and seemed headed toward becoming a couple.

Kinney appeared as a character named Mallory in The Following on Fox and died.

We’ll see Beth again … eventually,” he said. That could be in season 4, or down the road sometime in season 5.