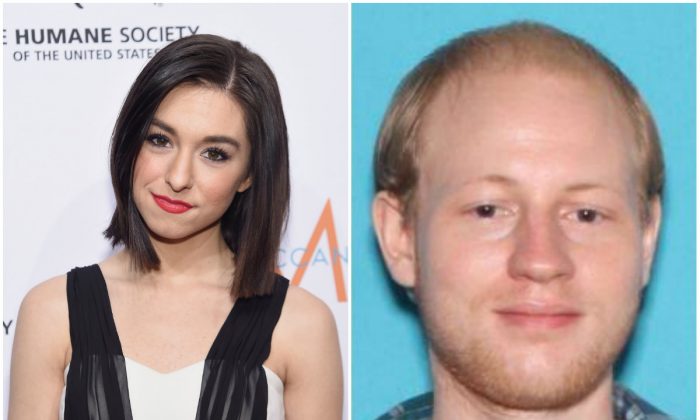 The gunman who shot and killed singer Christina Grimmie, who rose to fame after appearing on “The Voice,” traveled to Orlando from another Florida city specifically to attack her, authorities said Saturday.

Orlando Police Chief John Mina said the suspect, identified as a 26-year-old Kevin James Loibl, didn’t appear to know Grimmie personally. Grimmie was shot after giving a concert in Orlando on Friday night. She died early Saturday. The gunman then fatally shot himself.

“She was doing a meet-and-greet, just signing autographs and selling merchandise,” Mina said at a news conference Saturday. “This white male approached her and opened fire, striking her. We believe he came here to commit this crime.”

Grimmie performed at The Plaza Live theater in Orlando with band Before You Exit. The concert ended at about 10 p.m. and the 22-year-old singer was at a merchandise table signing autographs.

At about 10:30 p.m. Loibl approached Grimmie and shot her. Grimmie’s brother, Marcus, immediately tackled the gunman, who then shot himself.

Police have secured the suspect’s computer and cellphone, the Orlando Sentinel reported.

Grimmie finished third on the sixth season of NBC’s talent show “The Voice” in 2014.

“Christina was such a loving, caring., beautiful person with the biggest hearth,” the band said on Twitter. “She was an absolutely incredible musician and an even better friend. We are so saddened by her passing and are completely heartbroken.”

Today we lost an angel, sister, and a beloved friend. #RipChristina pic.twitter.com/EkwTKsaLFr

The young singer attracted large online following, especially on YouTube, where she accumulated over 3 million subscribers.

In her early videos Grimmie pulled off a wide variety of powerful covers, from Owl City’s “Fireflies” to Celine Dion’s “My Heart Will Go On.”

Below is Grimmie’s first YouTube video from 6 years ago.

A hashtag #RipCristina was trending on Twitter on Saturday, with over 2.3 million Tweets.

In her last tweet on Friday around noon, Grimmie posted a video inviting people to her concert in Orlando.

“Please come to the show if you live near Orlando, Florida,” she said in the video.

ORLANDO!! Come out to the show tonight at the Plaza Live! Starts at 7:30! pic.twitter.com/0D4mNupCTi