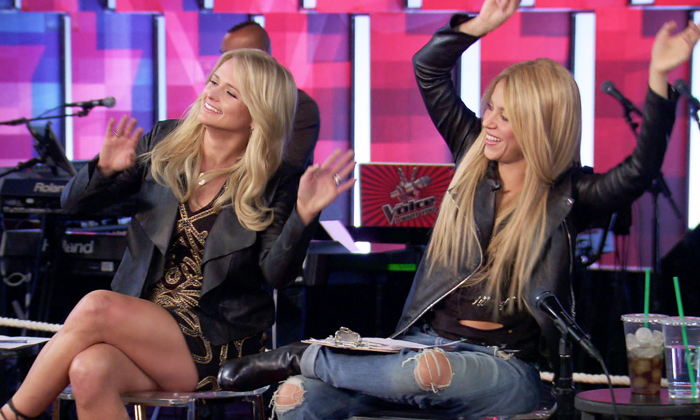 The battle rounds on NBC’s The Voice are now over after March 25, which saw multiple contestants being defeated and only one saved.

Team Adam’s Sam Behymer defeated Cary Laine, singing Ed Sheeran’s “Give Me Love.” And no save.

Team Shakira’s Emily B defeated Cierra Mickens on Sarah Bareilles’ “Brave.” But Usher stepped in with a save.

Three other battles were shown in montage form.

Usher still has one steal left.

The Voice continues next Monday and Tuesday.