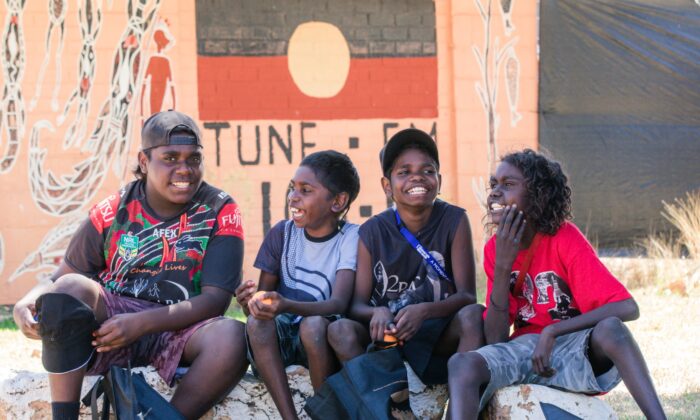 Four boys at the Barunga Festival in Barunga, Australia, on Aug. 13, 2022. (AAP Image/Supplied by Glenn Campbell via Skinnyfish)
Viewpoints

‘The Voice’ Is Not a Debate About Racism 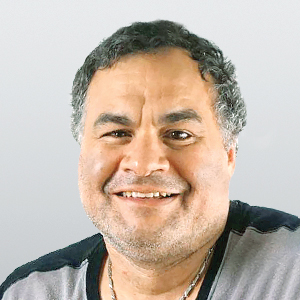 There has been much written about the Indigenous voice to the Australian Parliament in recent times (hereafter referred to as “the Voice” with a capital V).

I have stated my position before, which, at this stage, is that I am not convinced of its merits. I base this on my observation that the Voice’s proponents seem to believe Aboriginal people are a homogenous group whose fundamental needs are different from other Australians.

I have always maintained that the commonalities between Aboriginal and non-Aboriginal people far outweigh any differences. Any program that goes against this premise, I believe, will not help those Aboriginal people who most need help.

With that being said, I respect other people’s rights to decide for themselves how they will vote at a referendum. However, it is my wish that voters make their decision based on rational thinking and not be coerced or persuaded by emotive arguments.

I have been concerned with the arguments used by both those for the Voice and those against it; and that’s what I will discuss in this article.

Claims of racism warrant some scrutiny. At the core of a racist attitude is the belief that races are superior to others. Like all reasonable Aussies, I believe that all people are equal, regardless of their race. By equal, I mean they have the same value or worth as persons, and most importantly, they have the same fundamental needs, such as food, shelter, to be accepted by others, have choices, and to be meaningful contributors to society; essentially, these are basic human rights.

Help for People in Need

While people’s fundamental needs are the same, where they may differ, is the degree to which those needs are met. For people whose needs are not being met, in principle, I have no problem with special provisions to meet those needs.

In saying that, I do realise that there can sometimes be problems with such provisions. For example, for Aboriginal people, arguably Australia’s most disadvantaged group, it is wrong to assume that anyone who identifies as Aboriginal is disadvantaged and therefore should automatically be the recipient of these provisions.

Further, when we look at the current provisions on offer for addressing Aboriginal people’s needs, some are effective and some are ineffective. These are issues that should be discussed by concerned Australians, whether they be Aboriginal or non-Aboriginal.

Among those who oppose the voice, some claim it is racist because proposals are being considered where race is a salient factor. While it may be possible to find a dictionary definition of racism that relates to the provision of services for a particular group where race is a feature, I prefer to use the plain definition of racism that most people know: “prejudiced against or antagonistic towards a person or people on the basis of their membership of a particular racial or ethnic group, typically one that is a minority or marginalized,” straight from Dr. Google.

Using this definition, while there might be some on both sides of the Voice argument who speak from racist motives, I believe the vast majority do not.

My concern with those using the racism argument to persuade people either for or against the Voice, is that they run risk of pushing people in the opposite direction when they vote at referendum.

If arguments for or against a product come too hard and fast, and try to induce guilt, people can feel their autonomy is being undermined and respond by doing the opposite of what they are being urged to do.

When deciding how to vote at referendum, each of us need to ask how the Voice will help those Aboriginal people who are most disadvantaged attain a lifestyle most of us take for granted.

Anthony Dillon
Follow
Dr. Anthony Dillon is a researcher at the Institute of Positive Psychology and Education at the Australian Catholic University. He is a regular commentator on Australian Indigenous affairs and has worked in the field for two decades.
Website