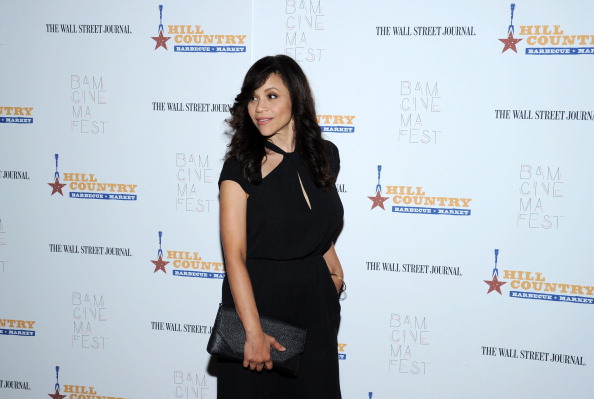 Rosie Perez, the Oscar-nominated actress whose a host on ABC’s The View, downplayed some of the recent rumors about backstage drama.

Perez, in an interview with Closer Weekly, said, “I’m not involved in any of it.”

Perez, 50, also described the allegations as “really sexist,” saying the media chooses to focus on the arguments between the women on The View. She said there’s a double-standard in that the media ignores bickering on-air between male talk show hosts.

“But when we have the same type of heated exchange, everyone is salivating at the desire to see that and put it in a negative light. It’s insulting,” Perez added.

Meanwhile, she praised her fellow hosts.

“I get a lot of help from Whoopi Goldberg and Rosie O’Donnell,” she said, according to ABC News. “When they see me freaking out, they know now, they go, ‘You’re all right, you did good, don’t worry.’ I say, ‘Oh, but I shouldn’t have said that!'”

She added that Goldberg is “a very kind and generous woman. I’m always getting gifts from her.”

There were reports about a week ago that O’Donnell was considering leaving the show. Later, a report from the New York Post’s Page Six quoted a View spokesperson as saying those rumors are “absolutely false.”

“Whoopi Goldberg has been the moderator since Whoopi was hired and Rosie knew that before she took the job,” an ABC spokesperson said. Another spokesperson told the Post: “This is yet another in a long line of fabricated stories. Reports of Rosie leaving are false.”