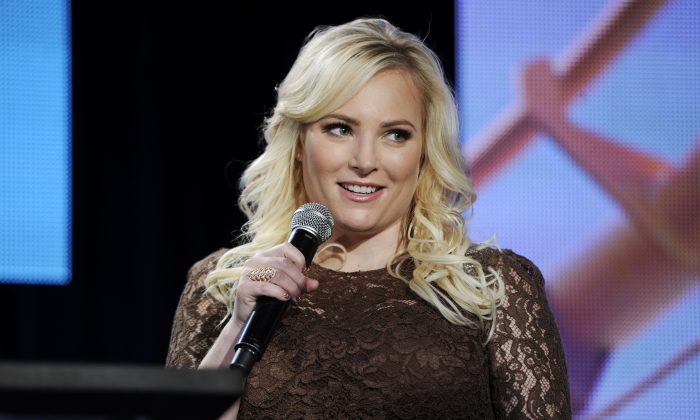 Joy Behar, from “The View” on ABC News, argued with colleague Meghan McCain during a live segment on Feb. 10, saying she was having a “hissy fit” before ending the conversation.

The conversation took a turn for the worse while the hosts were speaking about Sen. Amy Klobuchar, who announced her 2020 presidential bid.

McCain began talking over Behar’s introduction before Behar asked, “Can I get through this, please?”

The hosts began talking about President Trump’s comments about Klobuchar and her comments about the president’s hair, but McCain said the whole segment was “stupid.”

McCain then asked, “Can I say something now? Is that OK?” Behar told her “go ahead” before McCain, who is the daughter of the late Sen. John McCain, asked, “I have permission to speak now on Amy Klobuchar? We’re all good?”

The two then argued for a few moments before McCain said, “No, by all means, keep going, Joy.”

Behar shot back, “If you’re going to have a hissy fit, we can’t continue.”

Things Get Heated On ‘The View’ Between McCain And Behar: ‘Do I Have Permission To Speak Now?’ https://t.co/lww8kGIyyi pic.twitter.com/pLDO4NwWm8

In December, Behar and McCain had a tense moment while speaking about the late former President George H.W. Bush days after his death.

“This president that we have now is trying to unravel everything that he did and Obama did,” Behar said at the time, which McCain took issue with.

McCain quickly jumped and stated: “I don’t want to talk about Trump. We’re honoring a great president who has passed.”

“Excuse me a second, please,” Behar said before the two argued. Co-host Whoopi Goldberg ended the segment and went to a commercial.

“Joy Behar’s insistence that the Bush tribute center around Trump was a microcosm of the media’s permanent obsession with the current president, showing an embarrassing inability to cover stories or pay tribute to people like George H. W. Bush or John McCain without their cases of Trump Derangement Syndrome breaking through,” he told Fox News.

#TheView is no stranger to uncomfortable moments, but Joy Behar accusing Meghan McCain of throwing a “hissy fit” has to be up there. https://t.co/8kwLGJHfyL pic.twitter.com/H6pTDS6gFv

“Behar doesn’t even know what she did wrong,” Mediaite editor Caleb Howe added to Fox. “Like a cat person who can’t smell the litter box.”

Before that, in February 2018, the two shouted at each other over Trump’s administration and their politics.

In January, McCain told host Andy Cohen about working on “The View.”

“The thing about Joy and I is if you extract politics we are very similar women,” McCain said last month about their on-air relationship, reported the New York Post. “We leave it all out on the table, we fight like boxers and then we leave and I’m like, ‘Do you want to get a drink? Are we cool?’”

“She’s really funny and at the end of the day I try and hate her but I can’t,” McCain stated. “I’m telling you I’ve never had more fun fighting with someone on TV than I do with Joy Behar.”