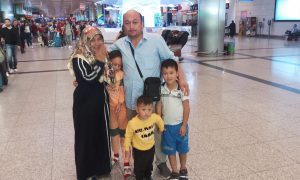 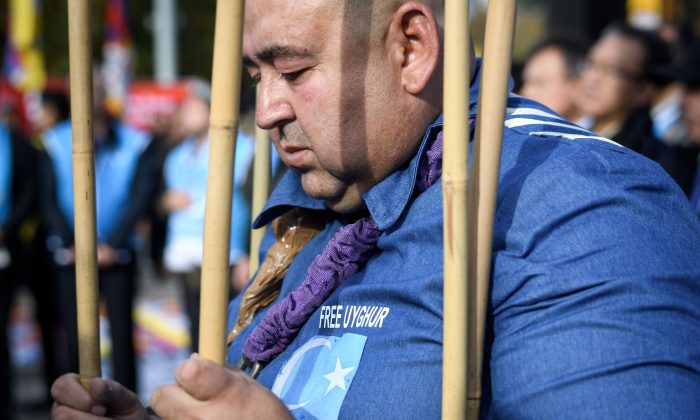 Uyghurs demonstrate against China outside of the United Nations (UN) offices during the Universal Periodic Review of China by the UN Human Rights Council in Geneva on Nov. 6, 2018 (FABRICE COFFRINI/AFP/Getty Images)
Thinking About China

The Uyghurs Versus China

“Peace, order, and good government.” Sounds familiar to Canadians, eh? Indeed, such language is embedded in the Canadian constitution. It is implemented by representative democracy, scrupulous adherence to the rule of law, and an honest (well-regulated) bureaucracy.

Thus, it might be a surprise to Canadians that “peace, order, and good government,” are the objectives of other countries—but how these objectives are pursued do not equate with Canada’s.

Specifically, throughout its multi-millennium history, Chinese rulers have sought “peace, order, and good government” for their country and people. Emperors have resisted foreign invasions (Mongols/Manchus), including colonial-style imposition from Western powers.

They implemented detailed rules based on Confucianism and Legalism designed to create “order.” And, through examination-based bureaucracy complemented by designated inspectors (“Judge Dee” was not a fictional Western creation), implemented “good government.”

To be sure, such was not the Western concept. Chinese viewed “democracy” as mob rule. Attempts at “order” without draconian punishment for crime was feckless. And Western-style government hardly precluded corruption.

Moreover, Chinese rulers were essentially uninterested in religion—at least not with European imperatives. Of the many wars fought in China, both to unite the country and defend against foreign invaders, none were fought for religion.

There is no Chinese historical equivalent to Christian crusaders. Nor to the extended fighting between Protestants and Catholics over (to Chinese eyes) obscure theological nuances.

If you “kept your head down” and didn’t challenge authority, you could worship what you wanted, how you wanted.

One obvious illustration is Chinese Jews, the remnants of Jews that fled Christian/Islamic persecution by traveling east along the old “silk road.” Essentially, they were absorbed by Chinese culture/society with remnants continuing elements of Jewish religious practices with little or no understanding of their theological bases.

Which Brings Us to the Uyghurs

The Uyghurs are a Turkic minority ethnic group, the largest group in China’s westernmost province of Xinjiang. It borders on eight countries (Mongolia, Russia, Kazakhstan, Kyrgyzstan, Tajikistan, Afghanistan, Pakistan, and India), and for much of its history central Chinese control rested lightly. Nevertheless, following the 1949 communist civil war victory, Xinjiang officially became part of China, and Beijing moved to place the region under tighter control, inter alia, by large population transfers of Han Chinese, diluting the Uyghur demographic from 70 percent to 45 percent (with Han Chinese now at 40 percent).

Essentially, in Beijing’s eyes, the Uyghurs have not played by its rules. There has always been a significant separatist element that didn’t hesitate resorting to violence. Beijing responded with repression and restrictions on mosques, religious schools, dietary habits, and clothing (Uyghur women are forbidden to wear head coverings/veils).

Beijing has linked its reactions to the “war on terror” by claiming Uyghur separatists received training and combat experience from al-Qaeda/Taliban.

And the ‘Re-education’ Camps

There is an old aphorism about guerrilla war: “The guerrillas are the fish that swim in the ocean of the people.” Substitute, “terrorists” for “guerrillas,” and you have the 21st century equivalent of the challenge.

In effect, Beijing has chosen to purify the water through a massive series of extrajudicial internment camps incarcerating at least hundreds of thousands, perhaps several million, Uyghurs and other Muslim ethnic groups. Authorities subject those imprisoned to endless indoctrination with rote repetition of communist slogans and literature, frequently accompanied by abuse and physical torture.

Human rights groups, the United Nations, and prominent individuals, including U.S. congressmen, have denounced this persecution. Beijing first denied the existence of such camps, but subsequently dissembled by declaring them designed to prevent terrorist and “religious extremism.”

Muslim majority countries have been strangely silent regarding treatment of these imprisoned Muslims. A recent “Potemkin village”-style tour of Xinjiang, limited to majority-Muslim countries and excluding any Western observers, sparked no criticism from participants.

At best, one must admit that these re-education camps are not “Great Leap Forward” or “Cultural Revolution” equivalents, resulting in deaths estimated in tens of millions.