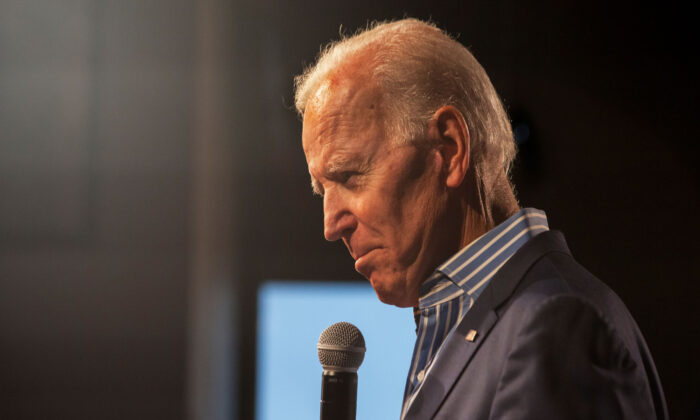 The US President Finally Gets COVID

COVID pandemic policies have always been driven by class bias. Right from the outset, governments divided people by essential and nonessential, and medical services by elective and nonelective. How all this came to be, and so suddenly, cries out for explanation. But the effect was undeniable.

By design, the working classes faced the pathogen first while the professional classes had the technological wherewithal and income stream to enable them to hide in their houses. They congratulated themselves for staying safe, daring to open their doors only to grab boxes of groceries dropped off by their lessers.

We don’t have to believe it was a plot. It’s just a class bias. Some people imagine themselves to be more valuable than others, more worthy of remaining clean. Under some epidemiological conditions, this strategy can work for the ruling classes. Let the workers and peasants bear the burden. Their immunity can drive endemicity while keeping their betters safe.

It’s a massive and egregious violation of the social contract, a habit decried in literature from the Bible to Edgar Allan Poe. But it happened nonetheless. It so happened, however, that this particular pathogen made up in prevalence what it lacked in severity. As the lockdowns prolonged the pandemic, the mutations began and the threshold for herd immunity rose ever higher.

At some point, it became obvious: everyone would get it. The stay-home-stay-safe crowd failed in their mission to foist the virus on everyone but themselves.

But with that announcement, other myths came crumbling down. No, the vaccine wouldn’t protect against infection. No, the masks won’t stop the germ. No, this is not a “pandemic of the unvaccinated,” as the egregious slogan of last year would have it. None of it was true.

Despite trillions of spending, massive economic destruction, two years of lost education, the demolition of arts, the censorship of media, and the demonization of non-compliers, in the end, even the world’s most powerful man would get hit with COVID. The caste system failed.

Biden will also earn immunity, same as hundreds of millions of others. It’s the way pandemics like this end, not with tricks and lockdowns and jabs and closures but rather the same way it has always been: through exposure, recovery, and the remarkable capacity of the immune system to scale.

There is a proviso here, however: so long as the functioning of Biden’s immune system hasn’t been degraded and disabled by four successive and identical shots.

The mistakes, the lies, the outrages of the policy response to this pandemic will go down in history as perhaps the greatest and largest public-health disaster in history. It’s somehow fitting that hardly anyone responsible has yet to admit it. On the contrary, people such as Deborah Birx brag about what she did.

Whatever happened to the track-and-trace efforts of the Centers for Disease Control and Prevention (CDC) and every state government? Remember those days? They actually believed that you could hire tens of thousands of people to make phone calls to those who tested positive, find out the people with whom they interacted, and make a determination about the trajectory of the nasty thing. It was always delusional, truly.

It was all part of the fantasy that power was capable of mastering this bug. It never was and yet they kept trying. That was the whole point of the CDC’s rule that one should isolate until one tests negative. It’s preposterous. And yet that is the first point that the White House made when announcing that Biden finally got it. He’s isolating.

Why precisely? To keep from spreading the bug. We are still flattening the curve, one supposes, even after 2 1/2 years.

But there’s more. A reporter asked the often-incoherent presidential spokesperson how the president picked up COVID. Karine Jean-Pierre said: “I don’t think that that matters.”

Oh really? It just doesn’t matter. That surely comes as news to many who were forced into isolation on mere exposure for the past two years. How many classroom hours have been missed? How much worker productivity lost? How much has privacy been compromised in the enforcement of this bogus “track-and-trace” system that we are now told doesn’t matter?

Oddly, on this point, she’s right. It was all a delusion. And so much for the countless “studies” out there that pretended to trace COVID spread to “super-spreader” events, school, bars and restaurants, and motorcycle clubs. It was as preposterous as it was destructive.

Now, we are told by the spokesperson that none of it matters.

And what about all the “precautions” he took?

“The fact that he contracted the virus despite all these precautions speaks to how contagious emerging variants are,” writes The Washington Post’s Leana Wen, “and how difficult, if not impossible, avoiding Covid-19 has become.”

That has been true from day one.

Despite every mandate, closure, and imposition—despite the destruction of rights, liberties, and law—the virus would have its way. No class would be protected. No profession was immune. No amount of power or pomp would make a difference. COVID would come for everyone.

One might think this would be a moment for some humility on the part of people who destroyed all principles of public health—shattering the lives of billions—to conduct a global experiment in despotism. Sadly, no. It’s the opposite. Instead of humble pie, they are eating Paxlovid.