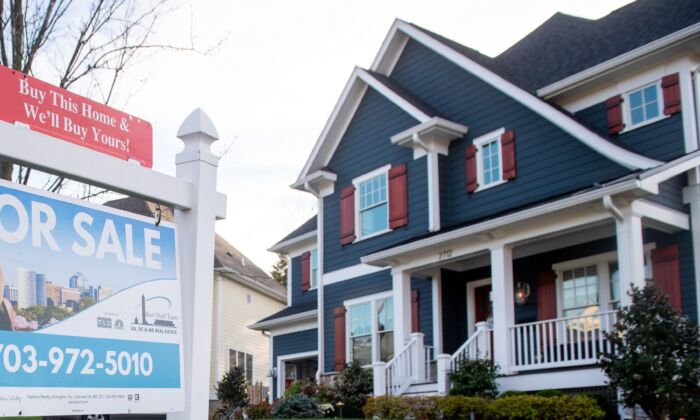 The US Housing Market—Boom, Bust, or Both?

What’s going on with the U.S. housing market?

Is the national trend toward higher prices still dominating?

Or are we seeing the beginning of a minor adjustment, or even a collapse on par with the 2008-09 housing debacle?

In its March 29 blog post, the Federal Reserve Bank of Dallas noted that it saw a potential “U.S. housing bubble” in the future. Others see it differently.

Headlines and opinions express all of the above and probably more, and for a good reason. There are many factors, some old and others new, of which the net impact on the market remains to be seen.

Several positive factors at the macro level are in play that could keep the market relatively stable for the foreseeable future. In light of current negative economic news, that may sound optimistic. Nonetheless, it’s still reasonable to think so. In some cases, both positive and negative factors may continue to stimulate demand and raise prices even higher.

For example, there’s no lack of potential homebuyers. As of July 2019, millennial and younger buyers, often first-time buyers (31 percent), number around 160 million, about half the country’s population. This means that demand should remain solid going forward, if not higher, especially since housing inventory is at historic lows.

No mystery as to why there’s a shortage.

Homebuilding came to a standstill during the lockdowns and recession of 2020 and 2021. This resulted in more than a 3 million unit deficit in homebuilding over the past couple of years in places that would not have been so impacted under normal circumstances. Add in supply chain disruptions, higher prices for labor and materials, and housing prices can’t help but reflect the higher costs of inputs.

Another housing boom factor is that strong buyer demand continues to compete for properties in most major markets. The “fear of missing out” is still a major force in a buyer’s decision to buy now instead of waiting. The worry of having to pay more for a house by waiting to buy or being priced out of the market remains a big factor in buyers’ minds in many markets.

But FOMO-driven purchases are driven by other macro factors as well.

Rising interest rates are also affecting buying decisions of would-be homeowners. As interest rates rise, mortgage rates do, too. As borrowing costs rise, borrowers fail to qualify for homes that they would have last year.

Borrowing costs have a significant impact on buyers. In real terms, mortgage rates on 30-year fixed rate loans have nearly doubled over the past few months. For many buyers, this factor alone has made some houses that were affordable in the spring of 2021 financially out of reach in the spring of 2022.

But rising interest rates can have the opposite effect as well. Buyers who have delayed their decision to buy may be spurred on by rising rates so that they can “get in while they still can.” That may mean buying a smaller, less expensive home or putting in more cash as a down payment. In either case, some buyers who were waiting may decide to act sooner rather than later.

Inflation is proving to be another factor with two opposing effects on buyers. As the cost of living continues to skyrocket, many buyers are looking to purchase homes in less expensive areas. This phenomenon is adding to the trend that came out of the CCP virus pandemic period, when remote working became a widespread practice throughout the country.

Once workers were no longer required to commute to their places of work, they took advantage of that flexibility and moved to less expensive areas or to states with better tax advantages, lower housing, and living costs. This remote working relocation trend continues to drive demand for housing in some areas that were once very affordable, but now see home prices in their communities rising in response to outside demand.

Moving from Red to Blue States

Another related factor driving relocation is the exodus of people and business from so-called blue states to red ones. This is a trend that has been around since at least the 2010s, when Texas Gov. Rick Perry gave tax incentives to large businesses based in California and other anti-business states in order to persuade them to relocate to Texas.

The policy was a smashing success for Texas, but with out-of-state firms and folks flowing in to places like San Antonio, Austin, Dallas, and Houston, demand for housing rose and so did prices. Tesla’s recent relocation to Austin shows just how toxic the anti-business climate of some states really is and how attractive low-tax states are.

But it’s not all sunshine for the housing industry. Mortgage activity continues to fall. In fact, it’s the lowest in 22 years. But that doesn’t only reflect a shrinking pool of buyers. Refinance demand, a significant portion of the mortgage industry, is down around 75 percent as of March, year-over-year.

Perhaps indicative of the slowdown, we’re now seeing mortgage firms offering low-down and zero-down loans once again. These loans are designed to make it easier for buyers to get into a house without coming up with any down payment. These loan programs also reflect the reality that due to the inflation outpacing income growth, many homebuyers have less disposable income.

As these sometimes conflicting factors continue to manifest, we’ll likely see a divided market where the housing market continues to rise—particularly in red states, while in some blue state markets, the macro trends push prices lower.