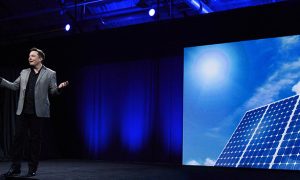 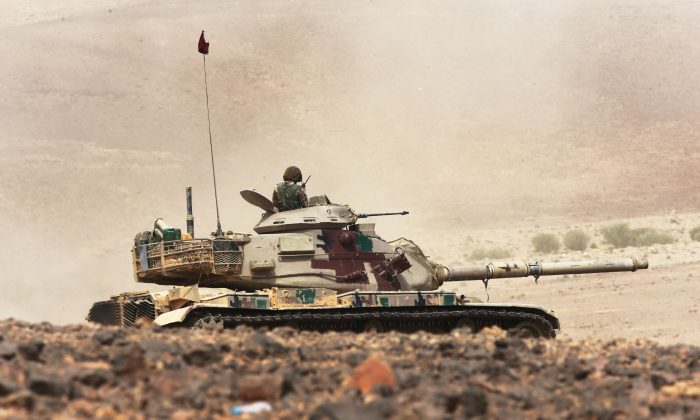 A tank participates in the final counter attack during joint military exercises by Jordan and 18 other nations including the U.S. as part of the annual Eager Lion on May 18, 2015 in the southeast desert of Wadi Shadiyah, Jordan. (Jordan Pix/ Getty Images)
Tech

The US Army Has a Plan to Become Eco-Friendly

Of all the different technology-based institutions, the military seems to be the most impervious toward fuel-efficiency: The paramount task of the army is to defeat an enemy — swiftly and decisively, with minimal loss of life on its side.

A tradeoff between fuel-efficiency and functionality may be acceptable for civilian vehicles, but for the military, where functionality is often a question of life and death, such concerns were unthinkable — until now.

A recent letter from top officials in the U.S. Army outlined a strategy to become more energy-efficient, listing eco-friendly modifications for both the military installations at home and machines that may be involved in battle.

“Minimize demand for energy, water, and land resources in the design, manufacture, and operation of systems, aircraft, vehicles, and equipment,” reads the letter, titled the Energy Security and Sustainability (ES2) Strategy.

Still, the bulk of the suggested innovations in the letter dealt with noncombat infrastructure in the United States, and did not include specific recommendations on how to modify combat equipment.

“The Army can incorporate innovative building technologies into new and renovated facilities, require more fuel efficient engines for aircraft, include lightweight materials in vehicles, and install as standard low-flow showerheads and networked generators at base camps,” the letter reads.

A fifth of the U.S. military’s energy consumption comes from military installations, which costs the Department of Defense (DoD) more than $4 billion each year. Since last year, the Army has already experimented with renewable energy infrastructure on several of its installations, and the goal of the DoD is to have the military get a quarter of its energy from renewable sources by 2025.

Executive Order on Sustainable Energy Use

To diminish the use of electricity, the Army plans to use more solar panels on its installations and adopt cogeneration — using the heat produced by energy generators instead of letting it disperse. The Army is also looking into the use of microgrids — solar panels that are portable—which the U.S. Air Force had already invested in as early as 2010.

The Army has also set out to lessen the usage of water, and the letter lists the use of “treated wastewater or rainwater” on installations.

The ES2 Strategy was crafted as part of the DoD’s ongoing compliance with President Barack Obama’s Executive Order 13693, which set broad energy sustainability goals for all federal agencies in 2013.

Among them is the goal of reducing water usage by 2 percent annually until hitting a reduction of 20 percent by 2020, and having all buildings larger than 5,000 square feet designed after 2020 to be zero net-energy (ZNE).

The Army has already built nine pilot ZNE installations in 2014, which, if scaled to all Army stations worldwide, could lessen energy consumption by 20 trillion BTUs per year and save $300 million. For comparison, the per capita energy consumption in the United States was 313 million BTUs in 2011.

To meet some of these goals, the Army has taken a leaf out of the food industry — consume local, so as to cut down on transportation costs.

The president’s executive order contained quantitative benchmarks for most of the energy-efficiency requirements imposed on the various agencies, but none were made for the military’s transportation units. Instead, the DoD only has to provide reports to Congress about the use of renewable fuels in these areas.