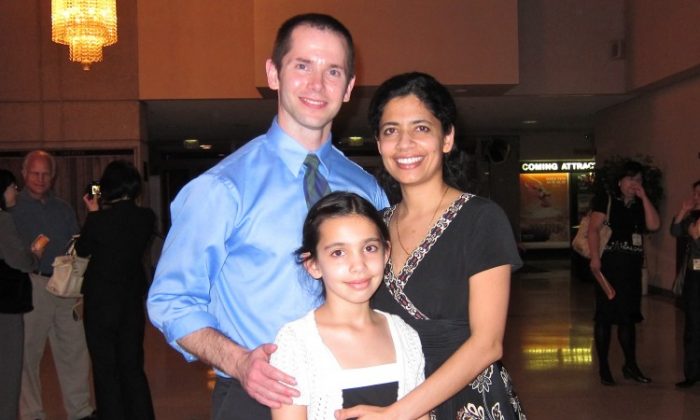 The Uplifting Beauty of Shen Yun, ‘At times it had me close to tears’

TOLEDO, Ohio—Shen Yun Performing Arts returned to the Stranahan Theater Saturday, March 17, treating the audience to classical Chinese dance and culture. “Breathtaking! It was breathtaking, uplifting. At times it had me close to tears,” said Dr. Shalini Singh-Coates.

Referring to the dance, Lotus Leaves, which evokes scenes of a flowering lotus garden in the summertime, she said, “It opened me up, just like the lotus flowers. It was the emotions of winter and spring, just how they performed the combinations, it was so beautiful and peaceful,” she said.

Dr. Shalini-Coates said the show intensely engaged and moved her. “All the emotions, you know. At times the performances would wrap you into a theme so intensely and then present you with another scene, it was just like waves of emotion. I was drawn so intensely by the music and the rhythm and the flow. It would just draw you in and then something would happen dramatically in the scene and that would kind of leave you breathless and open … and then back again. It would just wind me in, draw me in and then just release me. That’s how I felt.”

She was accompanied by her husband and daughter. She wished to have something special to remember Shen Yun by. “I wanted to experience it more, so we purchased the book so that we could turn the pages, and talk about it with our daughter. We had her sit in the middle and we looked over after every show, she would use words like, ‘how fantastic, that was beautiful.’ So, basically it leaves one yearning for more of that experience, we’ll do that by talking to her about it and kind of reliving it, not only with our memories but as we need to with the picture book,” she said.

Husband Dr. John T. Coates admired the world-renowned company from a different perspective, and said, “I have a martial arts background and so for me the beauty of the choreography was just extremely powerful! To see how amazing, what they can accomplish on stage—is just incredible!”

Dr. Shalini-Coates said she would recommend Shen Yun to her colleagues and friends. “Absolutely, yes! It took me to a culture that is far away but also amongst us. I feel that it’s really opened me culturally.”

She said seeing Shen Yun gave her an insight into classical Chinese culture that she would share with her Chinese friends. “I think to be able to discuss that with them, will open up so much conversation, to be able to say, yeah, I went to Shen Yun. To talk at a level that they are also comfortable with. I feel that’s really opened me culturally, to be able to say we saw this dance or we saw how the clothing, the attire, to be able to share with them at that level, I wasn’t able to, perhaps, before.”

In conclusion, Dr. Shalini-Coates said the performance would long remain with her. “I have this sense of joy!”