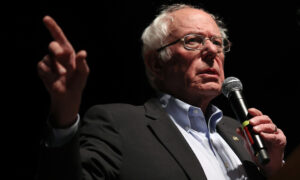 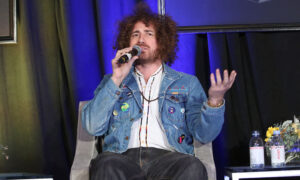 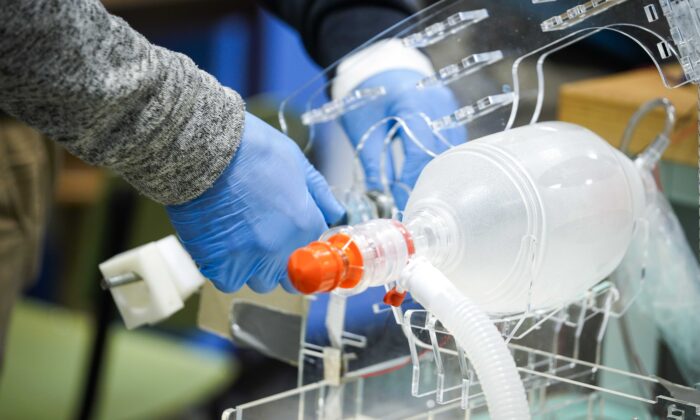 This illustration picture shows the presentation of the 'Breath4life', a new type of ventilator developed by the UCLouvain university in Louvain-la-Neuve, Belgium, on March 26, 2020. (Daina Lelardic/Belga Mag/AFP via Getty Images)
Viewpoints

Congress passed and the president signed a $2 trillion “stimulus” bill.

“Not enough!” shrieked politicians. They said the government must do more.

That upset lovers of big dictatorial government. They demanded the president order companies to make respirators, masks and other desperately needed medical equipment.

CNN’s Alisyn Camerota joined the media mob asking “What’s the holdup!?” Then a White House press reporter confronted Trump at the White House, asking, “Why not use it now?”

The president surprised me by responding: “We’re a country not based on nationalizing our business. Call a person over in Venezuela, ask them, ‘how did nationalization of their businesses work out?’ Not too well.”

Venezuela was once one of the richest countries in Latin America. Now it’s one of the poorest.

Although Venezuela has more oil in the ground than any other country, once the socialists nationalized the oil industry, production declined. Today, Venezuelans struggle to buy gasoline.

When government orders companies to do things, companies don’t innovate. They’re less able to adjust quickly to market demand. That’s the topic of my new video.

Today, hospitals need more ventilators. But the government doesn’t need to order companies to make more. The private sector is already on it.

Automakers slowed car production and are gearing up their factories to produce ventilators. Other businesses are, too. That’s what businesses do when conditions change; they pivot.

Distillers that once made gin and vodka now make hand sanitizer. The federal government had to waive regulations to allow them to sell it.

Some give it away. It’s not just charity; it’s “goodwill.” They hope customers will remember the good deed, and that’ll lead to profit in the future.

The best catalyst to spur production is simple pursuit of profit. It’s what gets companies to produce new things instantly. Unlike governments, businesses have no guaranteed income. To survive, let alone grow, they must constantly innovate to make sure more money comes in than goes out.

The socialists call that “greed.”

Without question, some tycoons are greedy. They pursue profit to the point that they have more money than they will ever need.

That’s fine. That greed for success drives them to get me what I need.

The profit motive delivers the goods. Higher prices tell companies what products are most urgently needed.

When our government failed to produce enough coronavirus test kits, private companies filled the gap. Some offered convenient tests you could use at home.

But the government didn’t like it, saying the test hadn’t been approved. The tests were withdrawn.

Government’s rules often make it harder for private actors to help people. In a crisis, America’s unsung heroes are people who overcome that.

Many truck drivers wanted to work overtime to help, but federal law said they must not work more than 11 hours a day. Finally, the government suspended the regulation.

We ought to suspend a lot of these rules permanently. Allow Americans to make our own choices about when we want to work.

In this crisis, businesses are trying all sorts of new things. Supermarkets started offering special “senior hours” so older people can safely get supplies we need.

Restaurants are switching to takeout and delivery.

People have lost jobs, but if businesses are free to adapt, they’ll create many new jobs.

Because demand for deliveries has increased. Amazon is hiring 100,000 new workers. Walmart is hiring 150,000.

The free market adjusts. We don’t need “production acts” to tell us what to do.