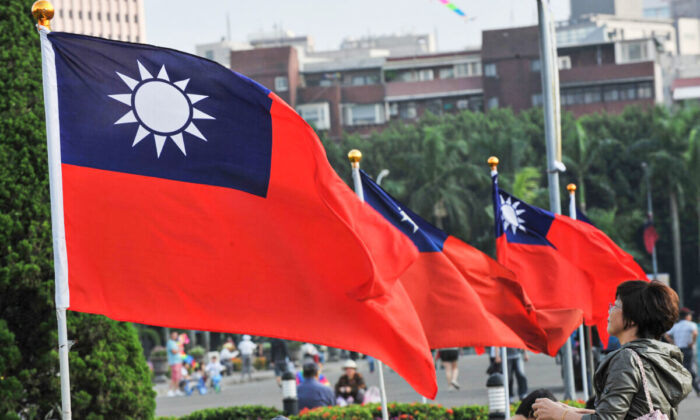 On Aug. 10, the Chinese Ambassador to Australia, Xiao Qian, used the opportunity of an address to the National Press Club in Canberra to bemoan the fragile relationship between Australia and China and to comment upon Australia’s Taiwan policy. By any standard, the comments of the ambassador were bellicose and uncompromising.

He noted that the visit by the U.S. Speaker of the House of Representatives, Nancy Pelosi, violated the “One China Policy” and that, while China was willing to compromise on economic and trade issues, this would not be applied to Taiwan.

For Beijing, Taiwan is simply a renegade province that must be reunified with the mainland. But the ambassador’s most ominous contention concerned his view that, upon unification, the people of Taiwan may be subjected to a process of re-education to obtain a “correct” understanding of China. He also condoned the recent, unprecedented military exercises around Taiwan as legitimate expressions of a sovereign government.

But the ambassador, in his comments, correctly described Australia’s “One China Policy.” He said the policy had been a commitment by Australian governments for the past five decades and called on the current government to do the same.

But what we see now are the unfortunate consequences of the implementation of a misconceived “One China Policy.” It refers to a joint U.S.-China communiqué of 1972, which acknowledges that “all Chinese on either side of the Taiwan Strait maintain there is but one China and that Taiwan is a part of China” and “does not challenge that position.”

As the communiqué indicates, Taiwan (also known as the Republic of China) and the People’s Republic of China both consented to this policy because each expected to take over the other at the right time.

In his speech, the Chinese ambassador also likened Taiwan to Tasmania to justify China’s actions with regard to Taiwan. But Tasmania voluntarily joined the Commonwealth of Australia in 1901, unlike Taiwan, which has not been ruled by China since at least 1895.

The Chinese Communist Party (CCP) now relies on this “One China Policy,” abandoned by Taiwan in 1992, to seek its planned takeover of Taiwan, peacefully or militarily.

This policy was also embraced by the Whitlam government in 1972, whereby Australia accepted the CCP as the only ruling authority to maintain diplomatic relations. But nevertheless, Australia (as well as the United States) retained unofficial relations with Taiwan to foster bilateral trade, and develop economic and cultural links.

With the benefit of hindsight, it is easy to see that this “One China Policy,” initially used as a policy of appeasement, has contributed to the unstable and dangerous situation that is now unfolding in the South Pacific. This situation is the result of the unwillingness of the West, since the early 1970s, to stand on principle—specifically, to stand up for self-determination, democracy, and human rights.

The policy is an egregious example of self-deception and an exercise in crude politics, based on the idea that principles are irrelevant in the world of politics, provided the implementation of the policy results in tangible trade and economic benefits and the creation of profitable export markets.

Taiwan is now only recognized as a country by 15 small nations. It is interesting to note that four of these countries, Marshall Islands, Nauru, Palau, and Tuvalu, are in the South Pacific. Hence, the determination of the CCP to secure influence in this region is an effort at weaning them away from Taiwan, thereby isolating this country even more.

Is It Time to Stop Recognizing One China Policy?

Beijing is thus weaponizing its diplomatic efforts to subvert South-Pacific democratic countries. Jim Molan, an Australian senator, discusses the threat posed by China in his new book “Danger on our Doorstep—Could Australia Go to War With China?”

Former Prime Minister Tony Abbott agreeing with Molan’s conclusion, asks: “But what about stopping all the things we’re currently doing that make us weaker and our potential adversary stronger: like insisting that our own puny emissions be cut by 43 percent in just eight years while the world’s biggest emitter does no such thing; and propagating an ‘invasion’ narrative that saps our self-confidence and legitimacy while China justifies its swagger as ending the ‘century of humiliation?’”

When the “One China Policy” was developed, the world already had a taste of the intentions of the CCP: its occupation of Tibet from 1949 to 1951, the Great Leap Forward, the Cultural Revolution, and human rights abuses—all of these were already evident at that time.

Instead, if the West had simply recognized the reality that there were two Chinese countries, the People’s Republic of China and the Republic of China, it would now be so much harder for Beijing to flex its military muscle.

By now, an independent Taiwan would have been firmly recognized as a truly independent, democratic country, making it much harder for Beijing to claim the island state as a renegade province.

Kevin Andrews, who recently returned from a visit to Taiwan, succinctly summed up the present crisis in a recent article published in The Spectator: “This type of continued, deliberately heightened military threat, especially the dangerous launch of missiles into some of the busiest transportation corridors in the world, is irresponsible, both to Taiwan and to the entire international community. This … creates high tensions in the Indo-Pacific region, as part of which air and maritime transportation safety, as well as the normal functioning of international trade, are all coming under unprecedented threat.”

Pressure and threats from Beijing should not prevent Australia (and the United States) from recognizing Taiwan as an independent country and relegating the “One China Policy” to the dustbin of history.