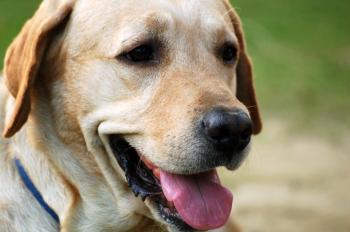 It is amazing how pigeons can find the same place year after year. (Stephanie Lam/The Epoch Times)
Beyond Science

Unexplained Psychic Powers Like Telepathy and Premonition in Animals

For many years, animal trainers, pet owners, and naturalists have reported various kinds of perceptiveness in animals that suggest the existence of psychic powers. Surprisingly little research has been done on these phenomena.

Biologists have been inhibited by the taboo against “the paranormal,” and psychical researchers and parapsychologists have (with few exceptions) confined their attention to human beings.

According to random household surveys in England and the United States, many pet owners believe their animals are sometimes telepathic with them. An average of 48 percent of dog owners and 33 percent of cat owners said that their pets responded to their thoughts or silent commands. Many horse trainers and riders believe that their horse can pick up their intentions telepathically.

Some companion animals even seem able to tell when a particular person is on the telephone before the receiver has been picked up. For example, when the telephone rang in the household of a noted professor at the University of California at Berkeley, his wife knew when her husband was on the other end of the line because Whiskins, their silver tabby cat, rushed to the telephone and pawed at the receiver.

“Many times he succeeds in taking it off the hook and makes appreciative meows that are clearly audible to my husband at the other end,” she said. “If someone else telephones, Whiskins takes no notice.” The cat responded even when he telephoned home from field trips in Africa or South America.

Since 1994, with the help of hundreds of animal trainers, shepherds, blind people with guide dogs, veterinarians, and pet owners, I have been investigating some of these unexplained powers of animals. There are three major categories of seemingly mysterious perceptiveness: namely telepathy, the sense of direction, and premonition.

As skeptics rightly point out, some of these responses could be explained in terms of routine expectations, subtle sensory cues, chance coincidence, and selective memory, or put down to the imaginations of doting pet owners. These are reasonable hypotheses, but they should not be accepted in the absence of any evidence. To test these possibilities, it is necessary to do experiments.

My colleagues and I concentrated on the phenomenon of dogs that know when their owners are coming home. Many pet owners have observed that their animals seem to anticipate the arrival of a member of the household, often 10 minutes or more in advance.

The pets typically wait at a door, window, or gate. In random household surveys in Britain and America, an average of 51 percent of dog owners and 30 per of cat owners said that they had noticed such anticipatory behavior.

The dog I investigated in most detail was a terrier called Jaytee, who belonged to Pam Smart, in Ramsbottom, near Manchester, England. Pam adopted Jaytee from Manchester Dogs’ Home in 1989 when he was still a puppy, and she soon formed a close bond with him.

In 1991, when Pam was working as a secretary at a school in Manchester, she left Jaytee with her parents, who noticed that the dog went to the French window almost every weekday at about 4:30 p.m., around the time she set off for home, and waited there until she arrived some 45 minutes later. She worked routine office hours, so the family assumed that Jaytee’s behavior depended on some kind of time sense.

Pam was laid off in 1993 and was subsequently unemployed, no longer tied to any regular pattern of activity. Her parents did not usually know when she would be coming home, but Jaytee still anticipated her return.

In 1994, Pam read an article about my research and volunteered to take part. In more than 100 experiments, we videotaped the area by the window where Jaytee waited during Pam’s absences, providing a continuous, time-coded record of his behavior which was scored “blind” by a third party who did not know the details of the experiments.

To check that Jaytee was not reacting to the sound of Pam’s car or other familiar vehicles, we investigated whether he still anticipated her arrival when she traveled by unusual means: by bicycle, by train, and by taxi. He did.

We also carried out experiments in which Pam set off at times selected at random after she had left home, communicated to her by means of a telephone pager. In these experiments, Jaytee still started waiting at the window around the time Pam set off, even though no one at home knew when she would be coming.

The odds against this being a chance effect were more than 100,000 to 1. Jaytee behaved in a very similar way when he was tested repeatedly by skeptics anxious to debunk his abilities.

The evidence indicates that Jaytee was reacting to Pam’s intention to come home even when she was many miles away. Telepathy seems the only hypothesis that can account for the facts. All our published papers on Jaytee, and on another return-anticipating dog, Kane, can be found on my website.

Currently, Alex Tsakiris is replicating this research with dogs in the United States. Details of his investigations are at www.skeptiko.com.

Other kinds of animal telepathy can also be investigated experimentally; for example, the apparent ability of dogs to know when they are going to be taken for walks. In these experiments, the dogs are kept in a separate room or outbuilding and videotaped continuously. Meanwhile their owner, at a randomly selected time, thinks about taking them for a walk and then five minutes later does so.