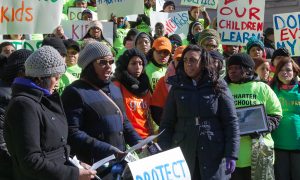 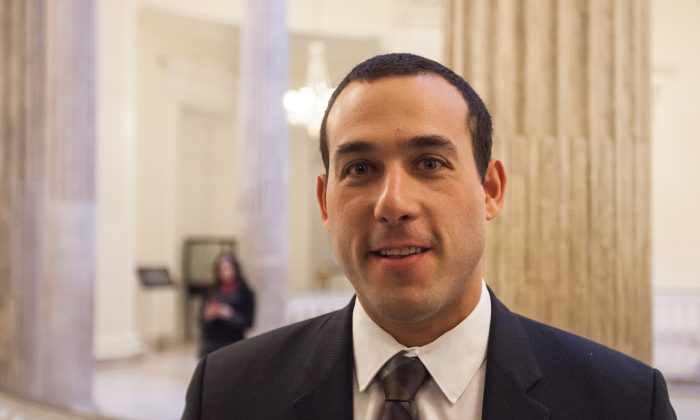 NEW YORK—On the banks of Jerome Park reservoir in the Bronx, there lies the High School of American Studies. It is a small, high-achieving school with 11 sport teams fully funded by the city and 28 percent of low-income students.

Right across the reservoir is the Marie Curie High School. It is a small, average-achieving school with, until recently, no sport teams funded by the city, and 100 percent low-income students.

It may not be a rule, but it is a norm–New York City high schools with more low-income students receive less sports funding, according to a report by the Small Schools Athletic League (SSAL), based on Education Department data.

SSAL is a grassroots initiative organizing sport teams and competitions among high schools with less than 600 students. It serves some 1,500 students at 37 public schools. It also advocates for more equitable distribution of sports funding.

The city’s Department of Education (DOE) has $23 million a year for high school sport leagues distributed by the Public Schools Athletic League (PSAL), a body run by the DOE.

It is not quite clear how PSAL decides which schools will have their teams funded and which will not.

“It all goes back to the team granting process. It’s totally nontransparent,” said David Garcia-Rosen, administrative director of Small Schools Athletic League. “It’s all a matter of who you know, what relationships you have with the PSAL, with the DOE.”

Garcia-Rosen is a veteran history teacher, but for the past few years he served as athletic director at the International Community High School. He founded the SSAL in 2011 to show that sport teams can be run even by schools that were denied funding by the PSAL.

Garcia-Rosen has been discussing the issue with the Education Department since 2012, but wasn’t able to make a breakthrough.

Suggesting that his initiative does have some impact, the Marie Curie High School has been able to secure two sport teams this year, and City Council Education Chair Daniel Dromm picked up on the issue as well. Dromm asked the DOE representatives about the funding bias during the budget hearing.

Schools Chancellor Carmen Fariña said part of the reason may be schools with richer populations, like those on Staten Island, have better access to sporting facilities.

Garcia-Rosen said such an argument wouldn’t hold across the board, as there are rich schools with sport teams but no facilities. Meanwhile, his SSAL proved even schools without any sporting facilities can form teams and compete. He said none of the 16 schools in the SSAL baseball league has its own baseball field. They just use public facilities.

Another problem is that PSAL has strict academic requirements for the teams it funds. Garcia-Rosen said his organization also has requirements, but less punitive, giving students chances to pick themselves up. “We really do sports as an educational program, as an intervention program,” he said.

Garcia-Rosen last communication with the DOE has been a March 17 email from Operations Deputy Chancellor Kathleen Grimm, saying DOE is willing to work with him. No specifics were provided. For him it means the problem at least can’t be ignored anymore.

The PSAL staff was not available for immediate comment.