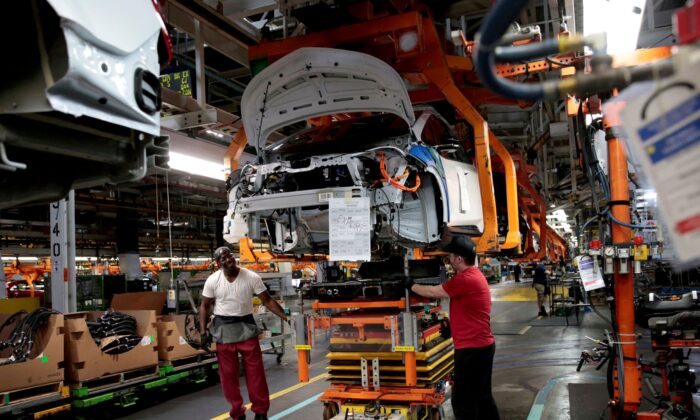 The Under-the-Radar Market That Could Produce the Next Tesla

It appears to be “game on” in the EV world.

For over a decade, Tesla (TSLA) has dominated the public consciousness when it comes to electric vehicles (EVs).

Other car manufacturers had tinkered with hybrids, but it was only Tesla that focused solely on creating a line of all-electric vehicles. Minor players like Fisker and Rivian have entered the market, but no one can really touch the 800-pound gorilla that Tesla has become.

And through all of the company’s ups and downs—no matter what you think of its CEO—Elon Musk has stubbornly dragged the automotive world, quite possibly kicking and screaming, toward the EV market.

When ARK Invest’s Cathie Wood tapped Tesla to be one of the innovation leaders in her ARKK fund several years back, it was nothing but upside for the car manufacturer. (Yes, the valuations that come with a share of TSLA stock are still pretty insane—but so were Amazon’s back in the 90s.)

In any event, the other car manufacturers have been forced to take notice. And they’re coming out swinging.

Ford and GM Are Ramping Up Fast

Ford (F) recently came out and announced its plans to ramp up EV production by spending up to $20 billion over the next five to 10 years to convert current internal combustion engine infrastructure into EV production-capable facilities to accelerate its transition to electric vehicles.

Ford’s CEO Jim Farley made no secret about the company’s goals saying Ford wants to “challenge Tesla’s dominance in EVs.”

(Of course just to hedge that bet a bit … “Farley sees gasoline-fueled vehicles as a core part of the company for many years to come and still intends to invest enough to keep it competitive with rivals, he said in a separate interview last week.”)

But no matter, Ford is now making a major commitment, and shareholders are approving. The company’s stock rallied over 100 percent since August of 2021.

General Motors (GM) is also putting on the EV gloves.

They’ve announced their expansion plans revealing they’ll be opening a third factory that will produce plug-in trucks. GM’s CEO Mary Barra said the company is now targeting sales of 400,000 electric vehicles in North America by the end of 2023. That’s a very aggressive goal when you consider that in 2021 it sold fewer than 25,000 EVs.

Barra said in an interview, “We also recognize we need to launch more EVs faster. That’s exactly what we’re going to do.”

To the displeasure of income investors, the company also announced it was continuing to suspend its dividend in order to prioritize spending on EVs and other growth opportunities.

And it’s the “other growth opportunities” that I think investors are going to find interesting.

Where the Real Opportunity May Lie

While all the majors are duking it out over who’s going to dominate the electric highway, there’s another developing EV market that’s flying under almost everyone’s radar.

Before you roll your eyes and stop reading consider this, according to the National Marine Manufacturers Association (the NMMA), outboard boat engine sales hit a record high of $3.4 billion in 2020. And that was the ninth consecutive year of sales growth. (If there was ever a sign of a burgeoning growth market, that may be it.)

Apparently, GM was impressed as well. They recently took a 25 percent/$150 million stake in a Seattle-based electric boat start-up called Pure Watercraft. A $150 million investment may not sound like much compared to the billions they’ve pumped into their auto side, but it’s exactly these unknown, “barely believable” companies that become the next Tesla.

Investors can do well to examine these “fringe” markets where future growth stock leaders are trading quietly under the radar. Companies like Vision Marine Technologies (VMAR) that touts the fact they’ve built the world’s most powerful electric outboard motor. These are the giants of tomorrow that you can find at great values today.